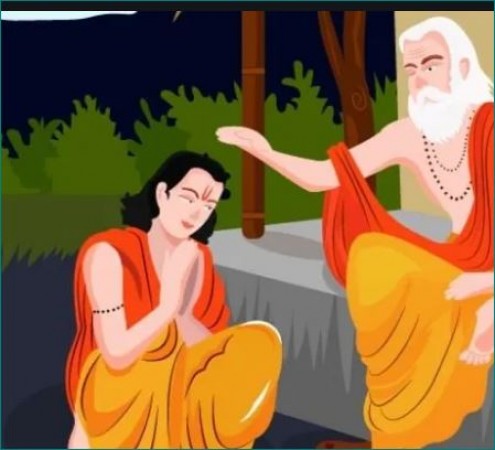 Guru Purnima is celebrated every year on the 5th of July this year. A lunar eclipse is also seen on the occasion of Guru Purnima. In the Sanatan Dharm, a guru is considered higher than God. Now today we are going to tell you what is the importance of Guru Purnima in Hinduism. In the Hindu religion, if both Guru and God are called the same, then it is not wrong.

Guru is considered God. Guru shows the path to attain God and get salvation from this world. If one goes on the path of Guru, then man achieves peace, blissfulness and salvation. Whereas if the scriptures and Puranas are believed, then the Lord gets angry with the devotee, then only the Guru protects and suggests the remedy. It is believed that Guru is worshipped on Guru Purnima. Guru Purnima has great importance in the country. People celebrate Guru Purnima with great enthusiasm. India is a country of sages where they are worshipped as much as God.

Maharishi Veda Vyasa was the first scholar who explained the four Vedas of Hinduism, as well as Sikhism, considers only one God and the voice of its ten Gurus as the real truth of life. Guru Purnima celebrates Krishna Dvaipayan Vyasa, the author of the epic Mahabharata, as the birthday and you must have known that Veda Vyas was a great Sanskrit writer.

Do these things according to weekdays to get success

Today's Horoscope: People of this zodiac should not take stress