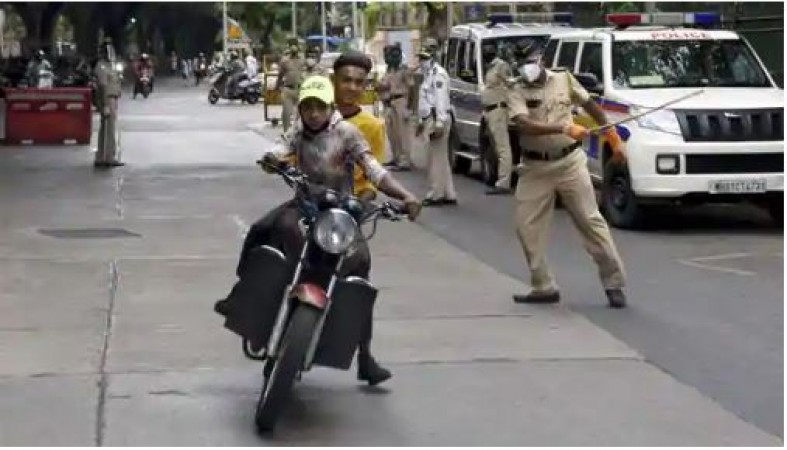 India's economic capital Mumbai is the city in which the infection of Coronavirus is spreading the most. To overcome the virus, authorities have now implemented a lockdown rule, and even prohibited the use of vehicles to reduce the spread of the virus. The city police on Sunday seized 16291 vehicles from parts of the city for violating the lockdown rules.

Mumbai Police has implemented new rules, citizens who go outside the 2 km radius of their house, their vehicles will be sealed and the same is happening. However, some exemption has been given for such people who are travelling to the office or for medical emergency. Mumbai Police, through its official Twitter handle, said that over 7,000 civilians violated the rules of the phase-wise unlocking strategy on June 28 by taking out their vehicles for non-official or non-medical or non-emergency reasons. It has about 7,000 vehicles which have been seized in all 12 areas of the city.

This is not the first time that the police have seized vehicles for breaking the rules of lockdown. When the first lockdown was announced in March, police across the country seized thousands of vehicles to violate the lockdown rules. At the moment it is not known when the vehicles will be returned to their owners, but in most cases, the vehicles have been returned after the owner paid the fine.

Honda's stylish bike launched in India at a price of only 69,422