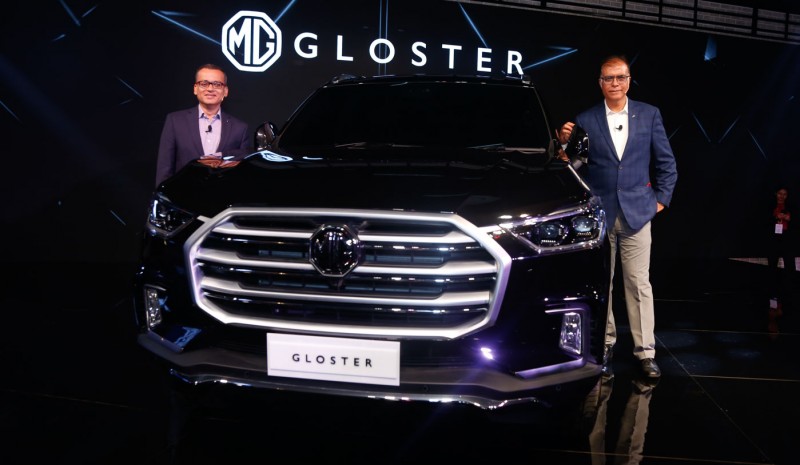 According to the official website about this vehicle, this luxury MG Gloster is going to be launched soon. This will be MG Motor's fourth product in the Indian market and will be the company's flagship vehicle. This SUV will be imported as a CKD unit and will be assembled at the Halol plant in Gujarat.

In the MG Gloster SUV, the company has a large chrome-finish grille, LED headlights, fog lamps, silver front skid plate, 6-spoke alloy wheels, chrome strip on the window line, roof spoiler, glossy black rear diffuser, quad exhaust. Many more features will be given. The company will offer a 12.3-inch touchscreen infotainment head-unit in this SUV along with other devices such as ambient lighting, 3-zone automatic climate control, 8-inch MID, ventilation and massage function on the front seats and more. The same, the MG Gloster SUV will get a 2.0-litre diesel engine with FCA.

This engine can come with an 8-speed automatic gearbox. In the international market, this SUV can come in a 2.0-litre turbo-petrol unit and will be equipped with a 6-speed manual and automatic transmission. After its launch in the Indian market, MG Gloster will compete with Toyota Fortuner, Ford Endeavor and Mahindra Alturas G4.