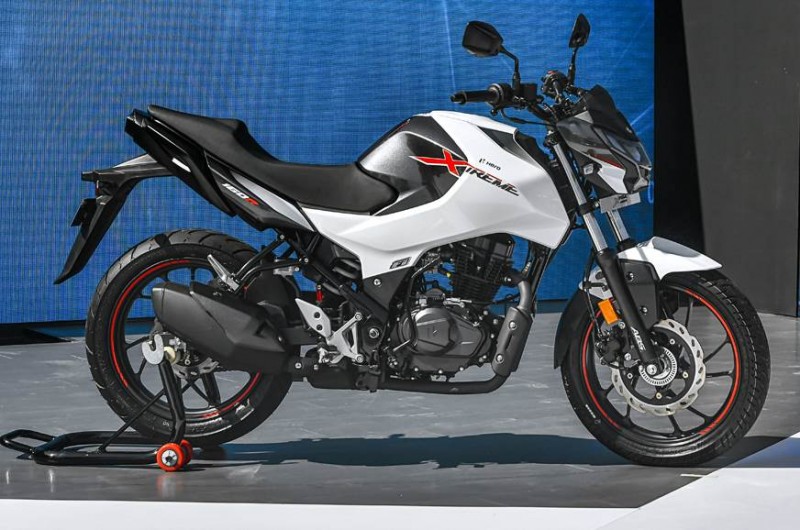 Renowned automobile manufacturer, Hero has launched the Xtreme 160R in India. Hero Motocorp launched this bike in two variants. The price of a single-channel ABS variant with front disc of Hero Xtreme 160 is priced at Rs 99,950 and single-channel ABS with double disc is priced at Rs 1,03,500 (ex-showroom, Delhi). In the new Xtreme 160R, the company has included the first features of many segments. In this, the company has included all the LED packages before the segment. In addition, it has LED DRLs with full LED headlamps at the front, Hazard switches with LED indicators and H signature LED tail lamps at the rear. The company has also given the segment's first side-stand engine cut-off feature with an inverted Fully digital LCD display. Let's know in full detail

In terms of power and specifications, in the new Xtreme 160R, the company has given a 160 cc air-cooled BS6 engine that comes with Xsens technology and advanced programmed fuel injection. Talking about the engine output, it gives 15 bhp power at 8500 rpm and it takes 4.7 seconds to catch a speed of 0 to 60 kmph. The weight of this motorcycle is 138.5 kg. The company has included three color options - Pearl Silver White, Vibrant Blue, and Sports Red.

In his statement, Malo Le Masson stated, "The Hero Xtreme 160R is a true head-turner, this high-speed bike with a street racer's weight ratio comes with an all-LED package that is technology-laden with the first features in the segment Hui. It is intended to win the Modern Street Fighter urban race. With this new model, we are now offering a smoother and competitive line-up of premium motorcycles. With the Xtreme 200S for Sport from Street Naked Casual Touring, XPulse 200T is present with Adventure XPulse 200.

Honda's stylish bike launched in India at a price of only 69,422