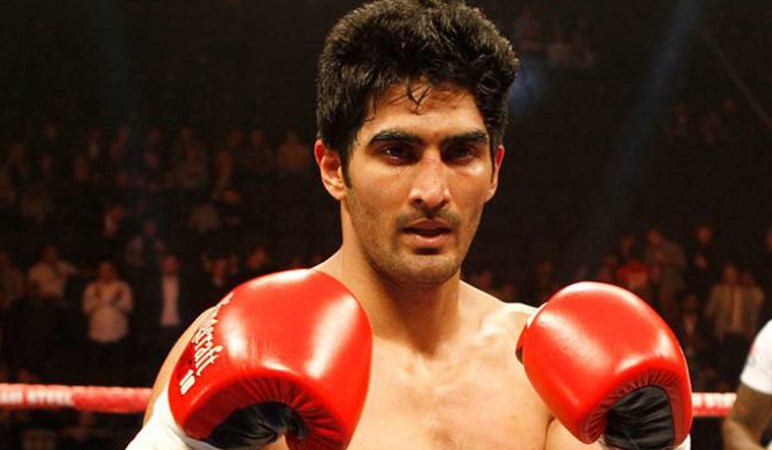 Star India boxer Vijender Singh, who has been away from the ring for the past six months, is expected to enter the ring in the next three months as his promoter in the US has started the match earlier this month. Vijender, who won in 2018 with Bob Arum's top rank promotions, played his last match in November 2019, in which he defeated Ghana's Charles Adamu to maintain his unbeatable record on the professional circuit. Beijing Olympics 2008 bronze medalist Vijender told that he has spoken to the top rank and he will return to the ring by October. He said, "It will be outside India only because by then there is little hope of ending the restrictions caused by the coronavirus epidemic."

He added, "Hopefully, I will be back in the ring again in the next two to three months.” On the changing scenario of the corona epidemic, he said that the audience should be kept away for some time. He said, "First of all there is no need to panic. The second thing is to keep the audience absolutely away because safety is paramount. It is most important to stop the spread of the epidemic. ''

Asked about when he sees the resumption of sports in India, he said that it is difficult to say right now. He said, "No speculation can be made about India. I do not know how the situation will be. I would request that the decision to reinstate the games should be taken very carefully."