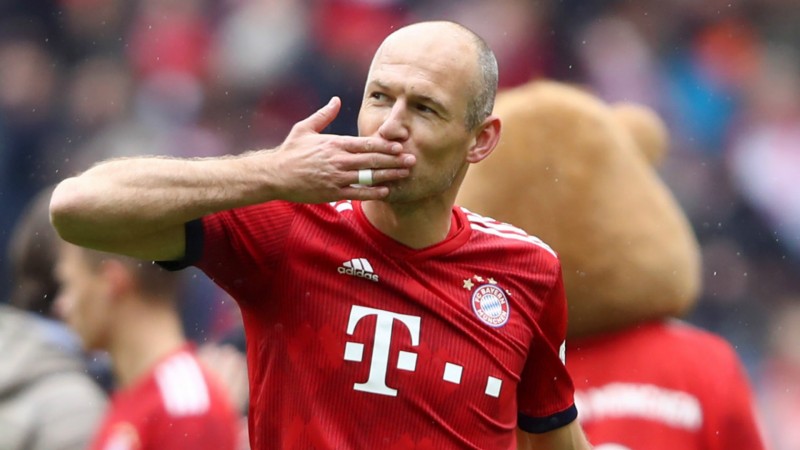 In the sports world, returning to the field again after taking the retirement of the players and then making a U-turn is not new. It has been seen many times in the football world as well. The latest case relates to former footballer Arjen Robben of the Netherlands and Bayern Munich Football Club, who have decided to return to the ground once again. Arjen Robben has broken the retirement and tied up with the new team Arjen Robben, a 36-year-old legendary footballer from the Netherlands, posted a video on Twitter informing the fans that he was going to return to the field. He has reversed his decision to retire and has tied up with the same FC Groningen team for the football club he used to play in childhood.

Arjen Robben played on behalf of the first team of Groningen club in 2000-2002 and after that, he joined the Netherlands football club PSV. His relationship with FC Groningen has been very old. When he was 12 years old, he used to play for FC Groningen's Youth Academy. When he was 16 years old, he made his debut against Feyenoord. He joined Chelsea from PSV in 2002 and also won two consecutive Premier League titles.

Apart from two Premier League titles playing for Chelsea, he also had a good time with the Spanish team Real Madrid and then finally the legendary German football club Bayern Munich. Playing in Germany, he won the Bundesliga title eight times and was also a part of the German Cup-winning team 5 times. Talking about international football, he played 96 matches for Holland and scored 37 goals during this period. He had said goodbye to the football field after spending a decade with Byers, but now he is returning to the football field once again.

First online shooting league will start from this day