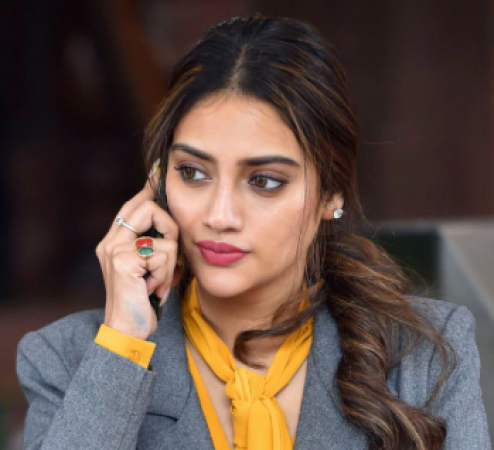 Famous actress and Trinamool Congress (TMC) MP Nusrat is in the discussion due to some reason. She is always very active on social media. Nusrat Jahan keeps sharing her special photos and videos on social media for her fans. Because of which she stays in the discussion. This time Nusrat Jahan has come in the headlines due to a special video of her.

A video of actress Nusrat Jahan is becoming increasingly viral on social media. In this viral video, she is seen dancing to the song of Neha Kakkar. Actress-turned-politician Nusrat Jahan has danced to Neha Kakkar's song 'Yad Piya Ki Aane' Song. Although this dance video of the actress is from December last year, once again this video is becoming increasingly viral on social media. This dance video of Nusrat Jahan has been shared on the Instagram account by the fan club. Seeing her dance in this video, it can be said that she is a good actress and a beautiful dancer besides being an MP. In the video, she is seen in a black colour dress. Her fans are very fond of this video. And giving their feedback in the comment box.

Before this Nusrat was in the headlines for giving her opinion about banning Chinese app Tik Tok. Actress Nusrat expressed displeasure over the decision of Tik Tok Ban and compared it to demonetisation. This time, she said that "Banning this app is a hasty decision. Tik Tok is an entertainment app. This is an impulse decision. What is strategic planning? What about those who will be unemployed? I have no problem with the ban because it is for national security but who will answer these questions?" Nusrat Jahan is one of the famous and brilliant actresses of Bengali cinema. She came into the limelight in 2019 when she has decided to contest the Lok Sabha elections.