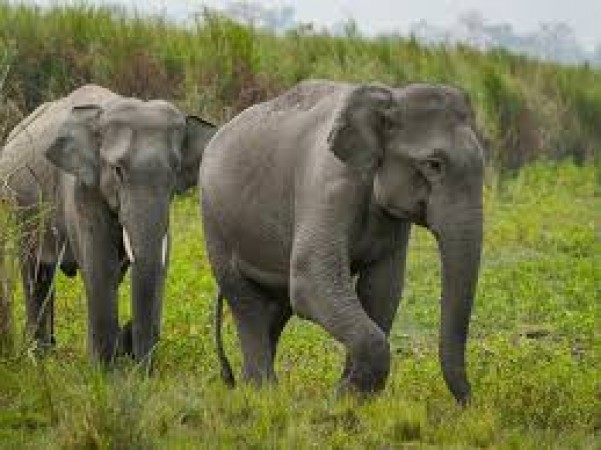 It must be astonishing to hear that there are gyms for elephants too. A case has come up which is of India. A gym for elephants has been opened. That too in the Rajaji Tiger Reserve of Uttarakhand. You will be see elephant playing with a ball and other things. But why was this gym opened? This is a big question.

According to the information, there are 6 elephants present. It is being said that they are separated from their flocks and the forest department's team has had to capture them on the uproar. Even elephants are present in them, who were separated from their mother in the forest. Aditi Sharma is a Senior Veterinary Doctor, she gives them medical treatment. She says that elephants have all the facilities of food and drink in the camp, but they do not get the environment like the forest here. An attempt is made to give the same atmosphere in this gym. Elephants are not forced into the Gym, they are simply being given a natural environment. This is a natural activity. She says that elephants will not be stressed by this and they will be healthy.

A spoiled elephant is also present here. In the year 2017-18, that elephant killed two people in Haridwar area. Aditi Sharma under the leadership of the then director of Rajaji Tiger Reserve, Sanatan Sonkar, had tranquillized this spoiled elephant. She says that it was very difficult to control because the elephant escaped into the jungle after getting hit by a tranquilizer. A few months later, in November 2018, this elephant once again reached Haridwar and started creating a furore, then it was controlled and tranquillized for the second time. Instead of leaving it in the forest, it was domesticated.

Those who are disappointed in life must watch this video once

Man uses unique technique to save the dog from the lion