Security man saves dog from getting wet in rain
Newstracklive|July 01, 2020 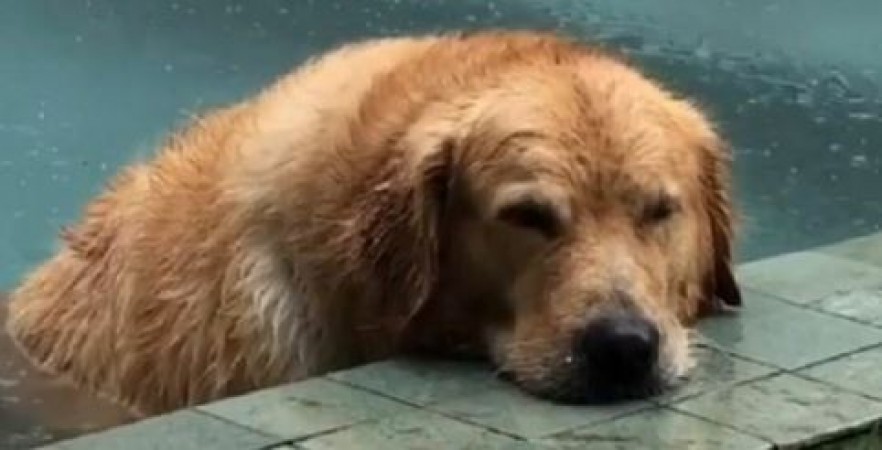 When it rains, people stay in their homes, and on the way, people stop under a bus stop, shop, bridge, or any dense tree to avoid it. But those who have umbrellas do not have to do anything like this, they keep walking till their destination arrives. Have you ever thought that what will happen to those dogs during rain?. Often you have seen them shivering in the rain. But we all move forward leaving them behind. A beautiful picture is going viral on social media, in which a security guard is seen drenching himself and rescuing a dog from rain.

This picture was shared by Twitter user @MelGracie_ on June 28. In the caption of this post, he wrote, "Shout out to this @Morrisons security man keeping this good boy dry. He said ‘well you never know how dogs feel about the rain". His tweet has received nearly two and a half million likes and more than 20 thousand re-tweets so far.

The owner of the dog, David Cherry thanked the security guard. He wrote on Twitter, "My heartfelt thanks to @dearmanethan for saving our Freddie from getting wet when it starts raining!" 'Ethan Dearman does the job of a security guard at Morrisons supermarket in Giffnock, Scotland. He shared this picture with his Twitter handle and wrote, 'It seems that today I have made many people happy'. 'His tweet has received more than 5 thousand likes'.

Shout out to this @Morrisons security man keeping this good boy dry. He said ‘well you never know how dogs feel about the rain’ pic.twitter.com/B9CPWI7u5Q

Second season of 'The Boys' will release this month