This smartphone of Honor is to launch today, read details
Newstracklive|July 02, 2020 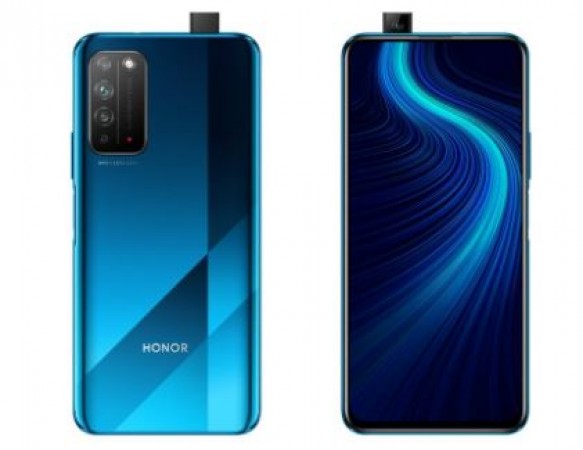 Chinese smartphone manufacturer Honor's new smartphone Honor X10 Max will knock in the market today. It is going to be the company's mid-range smartphone, which will come with many cool new features and a 5000mAh battery. The phone is going to get three storage variants as well as three color options in Light Silver, Racing Blue and Speed Black. At the same time, Honor X10 Max will compete directly with Redmi Note 9 Pro Max in India, which has a 6.67 inch display. However, it is also being claimed that it is going to be the largest display smartphone of the company so far. So let's know about the specifications and price of Honor X10 Max .....

Specifications of Honor X10 Max
Honor X10 Max smartphone can have a 7.09-inch large full-HD + (1080x2280 pixel resolution) IPS display, which is working on Android 10 based Magic UI 3.1.1. Honor X10 Max will get a notch display with U shape. Apart from this, it has been reported that the use of MediaTek's MT6873 chipset in the phone, which was launched earlier this year as MediaTek Dimension 800 5G chipset. If you talk about this smartphone camera, then dual rear camera setup will be available in the rear of the phone. Its primary camera will be 48MP and the secondary camera will be 2MP.

After Tik-Tok ban, this app got funding of two crores