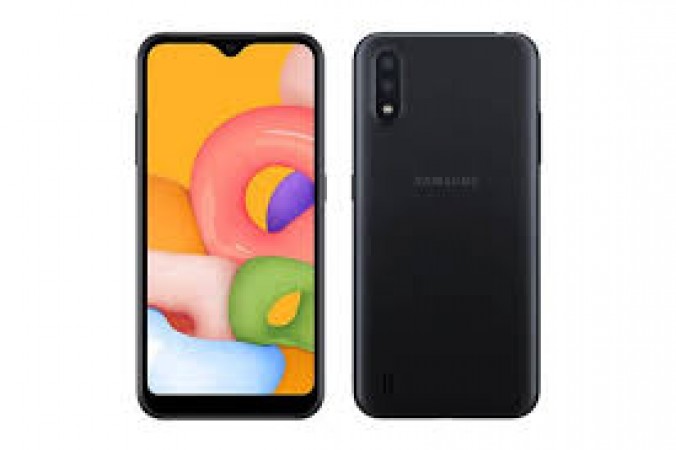 This smartphone is the successor of Galaxy M01, the smartphone launched in the last few days of the company. The fingerprint scanner has been given in the back of the phone. The front panel has an HD Plus display with full HD waterdrop or dot notch feature. The Samsung Galaxy M01s comes with only one storage option 3GB RAM + 32GB. It will directly face the budget smartphones of Xiaomi Redmi number series and Realme C series. The phone can be purchased through e-commerce platforms as well as through the company's e-store and offline retail store.

If we talk about the features of Galaxy M01s, then it comes with a 6.2-inch Full HD Plus TFT Infinity V display. The phone comes with the MediaTek Helio P22 octa-core processor. The internal memory of the phone can be increased to 512GB via microSD card. The rear-mounted physical fingerprint sensor has been given for security on the phone. The phone runs on OneUI based on Android 10. If we talk about the camera features of the phone, then it comes with a 13MP + 2MP dual rear camera. The phone has an 8MP camera for selfie. To give power to the phone, a 4,000mAh battery and USB Type C support have been provided. He is also very excited about this phone.

iQoo u1 launched with triple rear camera, know the price