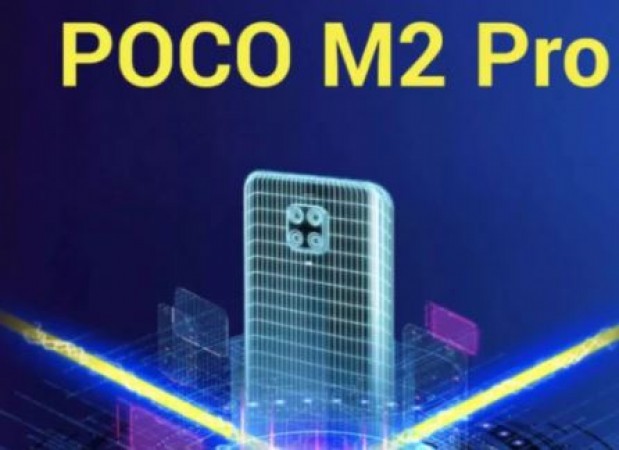 Poco has recently informed that the company's upcoming smartphone Poco M2 Pro will be launched in the Indian market on July 7. It has also been clarified that this smartphone will be exclusively available on the e-commerce site Flipkart. However, officially the company has not yet revealed any features of this smartphone. But before the launch, information about the fast charging capability of Poco M2 Pro has been shared on Flipkart.

The fast-charging capability of this smartphone has been revealed on the microsite page released for Poco M2 Pro on Flipkart. Although it has been informed that this smartphone will have the facility of 33W fast charging support. In the image shared on the microsite, the quad rear camera setup is shown in the back panel of the phone. Apart from this, no other features have been told yet, but it has definitely been said that information about new features will be given tomorrow.

Recently Poco M2 Pro has been listed on the benchmarking site Geekbench with the codename 'gram'. According to this listing, this smartphone can be offered on Snapdragon 720G processor. There will be 6GB RAM available and it will be based on Android 10 OS. According to the leaks revealed earlier, Poco M2 Pro will be the rebranded version of the Redmi Note 9 Pro smartphone launched in Europe, which the company is about to launch in India under the name Poco M2 Pro.

After Tik-Tok ban, this app got funding of two crores