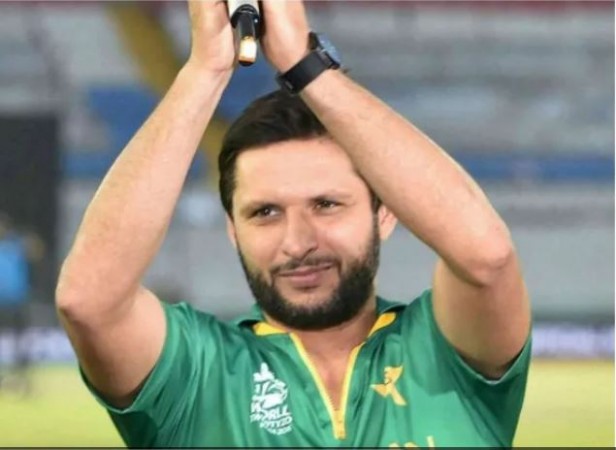 Former Pakistan cricket team player Shaheed Afridi remains the center of headlines for his absurd rhetoric about the relationship between India and Pakistan. Recently, Shaheed Afridi was hit by the Coronavirus, due to which he was imprisoned at home, but now after recovering, he started spewing poison again and after recovering he first made a big statement about Kashmir.

A terrorist attack took place on Wednesday in Sopore of Kashmir and in this 65-year-old civilian Bashir Ahmed was also shot by terrorists. He also had a 3-year-old grandson with Bashir and he was crying near the dead body. CRPF personnel rescued the child from the place where the cross-firing took him to his mother. Afridi shared a photo of this incident on social media, by which that innocent child is standing between the corpse of his maternal grandfather and the soldier. Afridi also spread his venom on this photo and wrote that no photo can tell the condition of Kashmiris. Not only this, he also pinned this painful photo and his statement spewing poison against Kashmir on his Twitter account.

Shaheed Afridi is not giving up the opportunity to do politics: It is being said that Afridi wants to step into politics and he is following the path of Imran Khan. Becoming the angel for his people. Speaking against India, he is making his own place there, Afridi had said against PM Modi some time ago that he is suffering from religious disease. 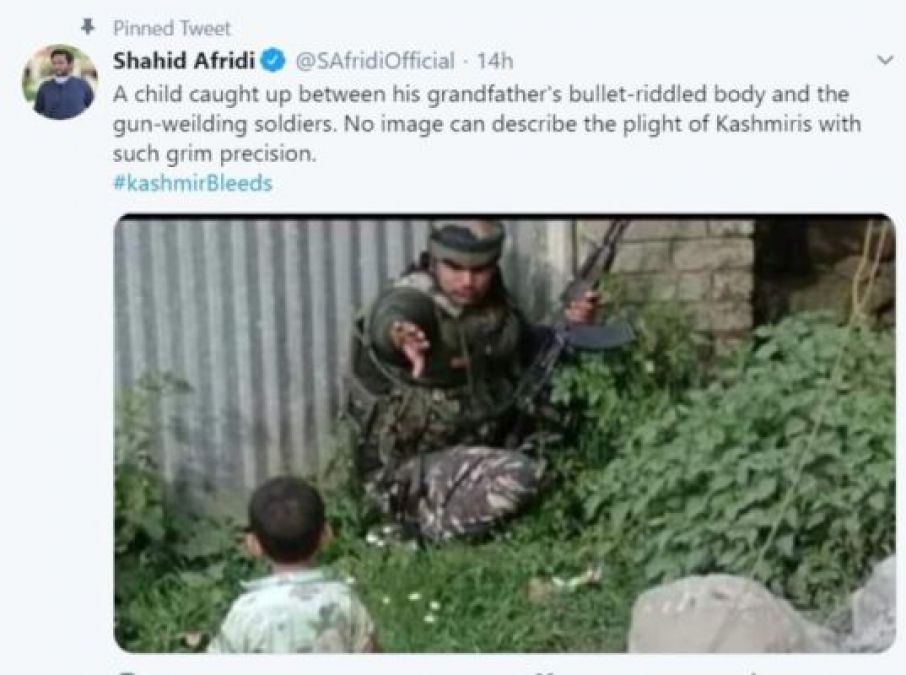