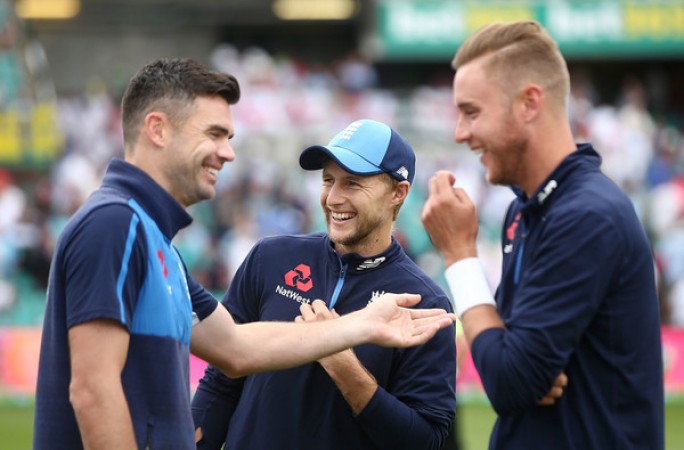 England's regular captain Joe Root has made a big statement in the three-match Test series between West Indies and England. Where the captain has supported his team's legendary bowlers James Anderson and Stuart Broad. Captain Root is not happy with the departure of Anderson and Broad from the team.

In a recent statement, Root praised and supported both, saying that both the team's fast bowlers, James Anderson and Stuart Broad, still have great potential, although he hinted that both as a pair may be difficult to remove now. Both can be returned individually. He further added, "Both Stuart and Anderson are trying to extend their careers to the maximum and for that, the most important thing is to keep playing cricket for the maximum time." While stating the importance of both fast bowlers, Root goes on to say, "Both are world-class bowlers and we are very lucky to have both in our team. We have to be smart in their use and at the same time, we will find an opportunity to feed other players as well."

A three-match Test series is currently being played between West Indies and England whose second match has started from today. England had to face defeat to the West Indies in the first match played earlier. James Anderson is rested in the second Test match. Whereas for the first time since 2012, Stuart Broad has been shown a way out of the domestic series.

Sachin Tendulkar is called 'God of Cricket' due to this reason