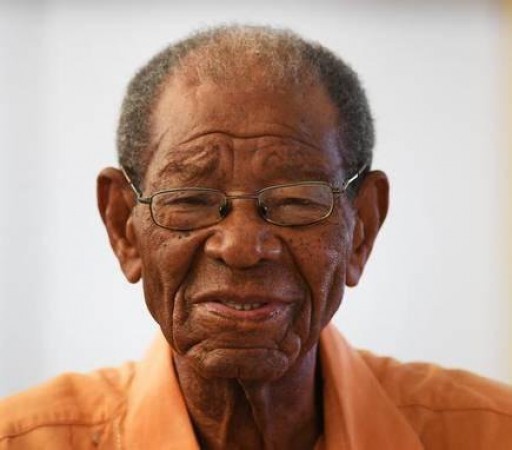 The head coach of the Indian cricket team Ravi Shastri and former captain Anil Kumble have mourned the demise of the great West Indies batsman Sir Everton Weekes. Born on 26 February 1925, 95-year-old Weekes breathed his last on Wednesday. He had a heart attack in 2019 and had been ill since then. Condoling the death of Weekes, the Indian cricket team's head coach Ravi Shastri tweeted, "I am saddened by the death of Sir Everton Weekes, he was one of the famous 'Three Ws'. A truly humble magnate of the game. My condolences and prayers are with Sir Weekes's family and fans at this hour. May his soul rest in peace. "

Former Indian coach and captain Anil Kumble tweeted condolences, "Sad to hear about the demise of the great Sir Everton Weekes. I met him during the ICC conference in Barbados. He spoke as a match referee remembered the major events of his time. Condolences to his family and friends. "

Weekes played 48 Tests for the West Indies between 1948 and 1958, in which he scored 4455 runs at an average of 58.62. He also scored 15 centuries during this period. He holds the record for scoring a century in five consecutive innings. He averaged 58.61, which is just less than George Headley among the West Indies players. His name is also the joint record for achieving the fastest 1000 Test runs in the world. Apart from him, Herbert Sutcliffe of England is the second player who has done this feat in 12 innings. Weekes has scored 12,010 runs in 152 first-class matches at an average of 55.34. During this, he also scored 26 centuries. His highest score in first-class cricket is 304 not out.