This England player played well but did not get place in team
Newstracklive|July 01, 2020 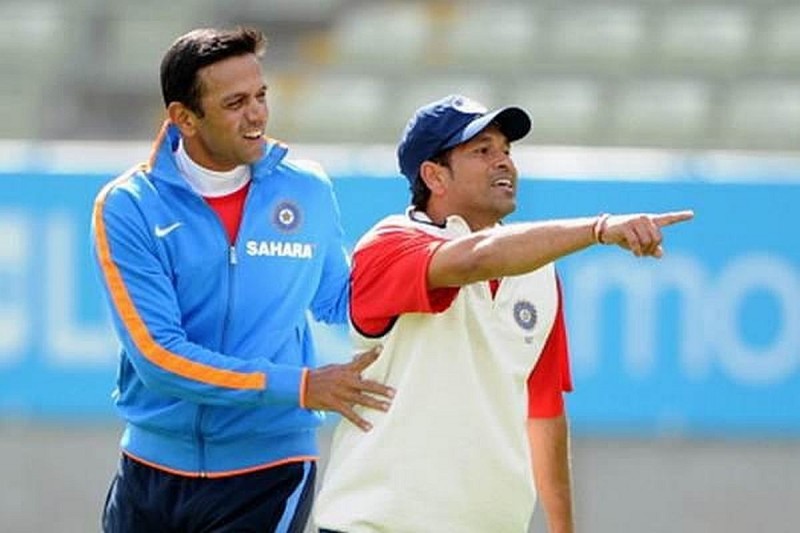 After dismissing great batsmen like India's best player Sachin Tendulkar and, Rahul Dravid on the very first ball, 4 consecutive wickets, then after scoring a century, the player's luck automatically opens, but this happened with the middle pace of England bowler Kevan James. Despite doing so much, his luck did not shine. On this day i.e. July 1, 1996, Kevan James became the first-class cricketer to score four wickets on the first four balls and then a century in the same match. James did not even allow star players like Sachin Tendulkar, Rahul Dravid and Sanjay Manjrekar to open his account. James took a total of 5 wickets in the first innings of this match.

Amazing with the bat after the ball: Team India, who went on a tour of England in 1996, played a tour match with Hampshire from 29 June to 1 July. Batting first, the Indians declared their innings at 362 for 5, in response Hampshire had scored 458 for 9 wickets by the end of the last day's play and the match was drawn. In this match, Sourav Ganguly scored an unbeaten century on behalf of India. Even today, this match is remembered only because of James, who took 5 wickets first and then scored 103 runs. He made history with this. Before this match, 30 bowlers took four wickets in four balls in first-class cricket. However, a hat-trick was not so difficult. Before James, 9 players had achieved this feat with a century. 24 years ago, on July 1, 1996, James became the first player to score four wickets and a century on four balls in a single match. Although Graham Napier of Access took four wickets in four balls in 2009, he was able to score only five runs off the bat.

Every player expects such a performance to open the way forward. On the basis of this performance, James could easily get a place in the England team, but it could not happen. Medium speed bowler James had become 35 at that time and due to his age, he could never play an international match. Born in London on 18 March 1961, James played in 225 First-Class matches, in which he scored 8 thousand 526 runs while taking 395 wickets. James has 10 centuries and 42 half-centuries in first-class cricket.