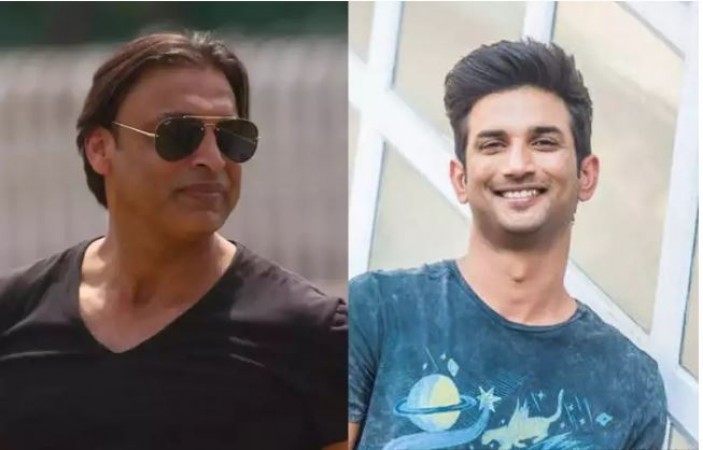 Former Pakistani fast bowler Shoaib Akhtar said that even 4 years ago, there was a lack of confidence in Sushant Singh Rajput. In 2016, Akhtar met Sushant in Mumbai. There was no talk between the two. Akhtar said that it is not right to accuse any Bollywood celebrities like Salman Khan without proof. The 34-year-old Bollywood actor committed suicide by hanging himself on the flat on 14 June. Akhtar said on his YouTube channel, "I met him (Sushant) in Mumbai in 2016. To be honest, then I saw a very lack of confidence in it. He bowed his head and left me. Then my friend told me that he is playing the lead role in the MS Dhoni film.'

'Could not talk to Sushant, regret it': Akhtar said, "I thought that we should see his acting now. He was very shy. The film proved to be a hit and Sushant also did a good job in it. But I still regret that I could not talk about life by stopping him there. I could share the experiences of my life with him." The film 'MS Dhoni: Untold Story' was released on 30 October 2016.

Sushant needed help: He said, "There should be no option to end your life. Whenever you feel that you are in difficulty, you should talk. Deepika Padukone also came under depression after the break-up and needed help. I believe Sushant also needed help." Akhtar said that when I started my cricket career, Wasim Akram and Waqar Younis were like Salman Khan and Shah Rukh Khan. I too had to work hard to make my career. Therefore, it would not be right to accuse any of the celebrities without proof.