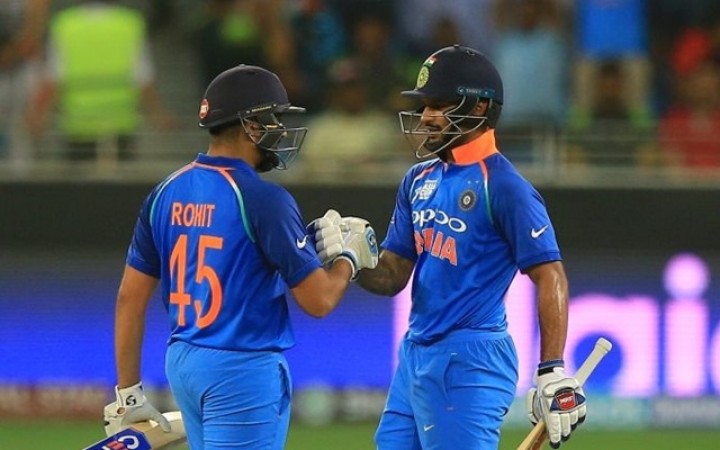 Rohit Sharma and Shikhar Dhawan have a 16-century partnership and Adam Gilchrist and Matthew Hayden are in this list. In the first place is Sachin Tendulkar and Sourav Ganguly, who have 21 century partnership. Former India fast bowler Irfan Pathan said that the pair of Shikhar Dhawan and Rohit Sharma is successful because both play according to each other's strong side. This Indian opening pair has been batting brilliantly in limited-overs cricket since 2013.

Pathan said in Star Sports program 'Cricket Connected', 'We know that Shikhar plays very openly. He gives time to Rohit Sharma. We all know how Rohit Sharma is capable of taking a fast aggressive stance, but he needs time in the beginning. Pathan said that both the players know about each other's game and abilities and it makes a big difference. He said, 'In cricket, you need someone at the other end to understand your strengths and weaknesses. Shikhar knows that Rohit needs a few overs in the beginning.

He said, 'At such a time Shikhar takes responsibility and I think he is also successful because of this. By the time the spinner arrives for bowling, Rohit has settled at the crease and he takes all the responsibility from the summit.