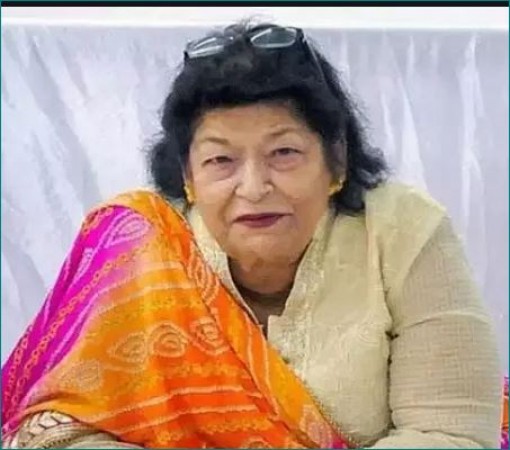 Saroj Khan has won 8 awards in choreography and she won her first award in 1989 for Tezaab's 'Ek Do Teen' song. This song was loved by the people and even today people love this song. Madhuri Dixit gave a tremendous performance in this song. After this, she won two more Best Choreography Awards in the year 1990 and 1991.

Saroj was also awarded for the song 'Kisi Ke Haath Na Aayegi Yeh Ladki' filmed on Sridevi and Sunny Deol in the film Chaalbaaz which came in 1990. Madhuri Dixit's performance in the song 'Humko Aajal Hai Hai' from the film Sailab was also awarded. She had won several Filmfare awards in 1993, for the song 'Dhak Dhak Karne Laga' shot on Anil Kapoor and Sridevi, and 'Choli Ke Piche Kya Hai' in 1994, In 2000 for 'Nimbuda'.

Late actor Rajkumar had worked as sub-inspector in Mumbai police