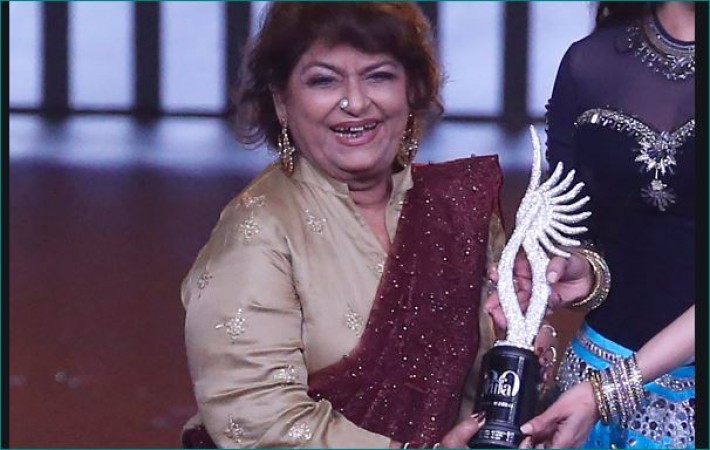 Bollywood's famous choreographer Saroj Khan is no longer in this world. She has said goodbye to the world. Saroj Khan breathed her last at the hospital in Mumbai on Friday. As you may know, she was admitted to the hospital on June 20 after she complained of breathlessness and after that she was handed over to Malad's cemetery on Friday morning. Her family members and some relatives had joined her to bid farewell to Saroj Khan. Yes, this time the coronavirus is in havoc, and in the meantime, Saroj Khan was handed over in the morning without delay.

Let us also tell you that the police had ordered Saroj Khan's family that, 'No more than 50 people will be attending the last farewell'. Not only this, sources close to Saroj Khan's family had said that 'Saroj Khan was also diabetic'. Not only this, but there has also been a wave of mourning in the industry since the demise of Saroj Khan. Sources in the hospital say that the death of Saroj Khan had nothing to do with the coronavirus and her corona test also came negative.

Talking about Saroj Khan's career, she choreographed more than one film song. Which you will still hear today. Apart from this, Saroj Khan had won the National Award thrice and he was the highest awardee in choreography.

Saroj Khan married a 30-year-old man, came to know terrible truth of husband after having children