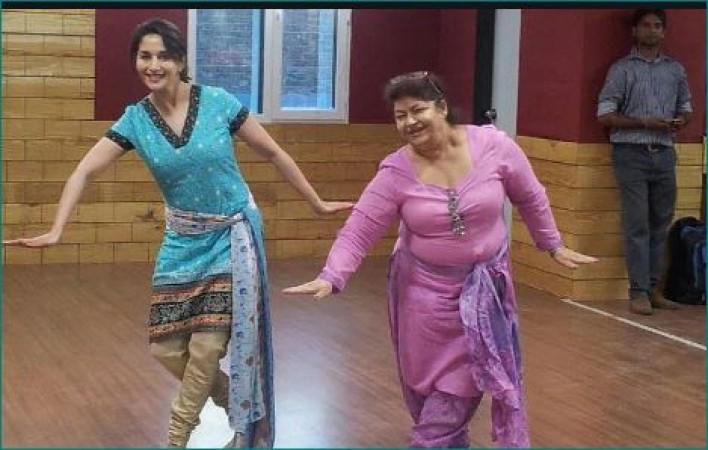 One such news is coming in Bollywood these days which is shocking. In such a big news has come about the famous choreographer Saroj Khan. Actually, she has passed away. She died of a cardiac arrest on Friday. Yes, Saroj Khan was not well for the last few days, and now she is not in this world. Recently a source associated with Saroj Khan's family claimed that 'her health was slowly getting better, but suddenly her health deteriorated late at night and she could not be saved'.

It is sad to hear saroj khan is no more. One the greatest Personalty. She trained the best actors of India.

Her fans are in shock since the demise of Saroj Khan. At this time everyone is paying emotional tribute to Saroj Khan in her style. During this time a user has written - 'It is sad to hear that Saroj Khan is no longer among us. She was a great figure. She taught dance to veteran Bollywood actors. may her soul rest in peace.' The other user wrote, 'Saroj Khan made a big contribution to the careers of Sridevi and Madhuri Dixit. She is no longer among us.

Saddened to hear of the demise of Ace Choreographer #SarojKhan .
The Mother of Dance/Choreography, she Institutionalised Choreography in India .
A legend indeed !
My heartfelt condolences  #RIPSarojKhan pic.twitter.com/3GdWJJER8O

Tragedy struck the Bollywood yet again on Friday as ace choreographer #SarojKhan
passed away at a Bandra hospital after a massive heart attack pic.twitter.com/zdF06b5w1m

Apart from this, there are some users who are calling the year 2020 as bad. Yes, recently a user said - '2020 is constantly proving to be bad. National Award winner Saroj Khan has passed away. She has choreographed around 200 songs. She was the greatest choreographer. Apart from this, many more people tweeted and expressed grief.

With a career span of over forty years, she choreographed more than 2000 songs and is known as "The Mother of Dance/Choreography in India"

Saroj Khan started her career at age12 with doctor's help