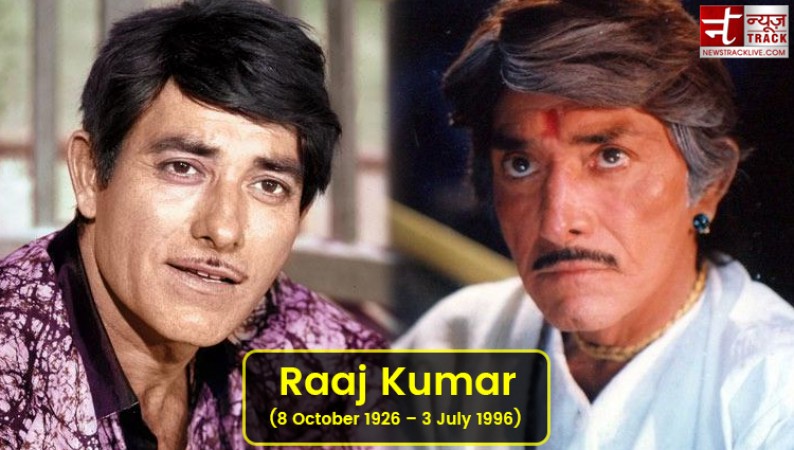 Today is the death anniversary of actor Rajkumar, who has touched everyone's hearts with his acting and dialogues in Bollywood. He died on this day i.e. July 3, 1996, due to throat cancer. Today he is not in this world but he is still alive in millions of hearts. Rajkumar's real name is Kulbhushan Pandit but people used to call him 'Jani'. Rajkumar was born on 8 October 1929 in Balochistan, Pakistan and he earned a lot of name by working in Hindi films.

He came to Mumbai in the year 1940 to pursue his career. He started his Bollywood career with the film 'Rangeeli'. This film was followed by many films like 'Abshar', 'Ghamand' etc. Earlier he was a sub-inspector at Mahim police station in Mumbai, after knowing this, we are sure many people will be surprised. In his film career, Rajkumar gave excellent films like 'Tiranga', 'Marte Dum Tak', 'Pakiza', 'Heer Ranjha' and 'Mother India'. Rajkumar used to say that 'It doesn't matter if his films are doing good or not but he is not failing."

Rajkumar married a woman named Jennifer and she was a flight attendant. Shortly after marriage, Jennifer changed her name to Gayatri and Rajkumar's two sons are Puru, Panini Rajkumar and daughter Vastavikta Rajkumar. Rajkumar is no longer in this world, but people still love him.

Sanjay Leela Bhansali will be questioned in Sushant's suicide case

This filmmaker considers Kareena and Abhishek as his children