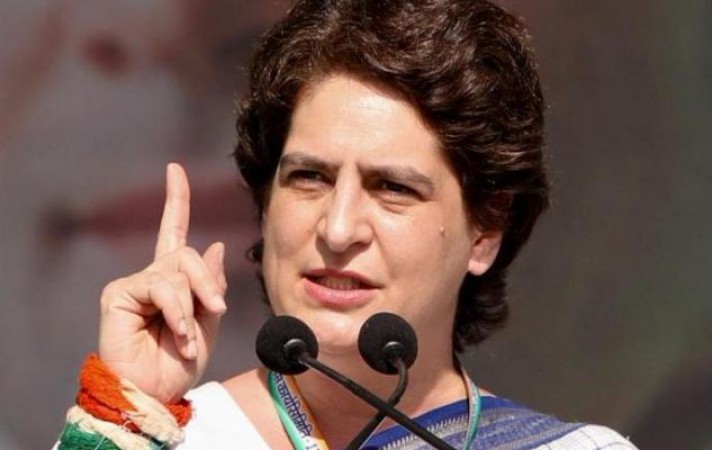 Lucknow: Congress National General Secretary Priyanka Gandhi Vadra has attacked the government of the state's Yogi Adityanath after 8 policemen were martyred in an encounter with criminals in Kanpur. Expressing condolences to the families of the martyred policemen, she said that the law and order in UP have deteriorated and the criminals are fearless. He also requested CM Yogi Adityanath to take strict action in this regard.

She tweeted that, "The miscreants fired indiscriminately on the police who went to catch the miscreants, in which 8 soldiers including CO, SO of UP police were martyred. My condolences to the families of these martyrs of UP Police. Law and order in UP have deteriorated, criminals are fearless. The public and police are not safe. CM himself has the responsibility of law and order. After such a terrible incident, they should take strict action. There should be no laxity."

Former Congress President Rahul Gandhi also tweeted that 'this is another proof of Gundaraj in UP. Rahul tweeted that when the police are not safe, how will the public be? He also wrote, "My condolences are with the families of the brave martyrs killed and I wish the injured get well soon."