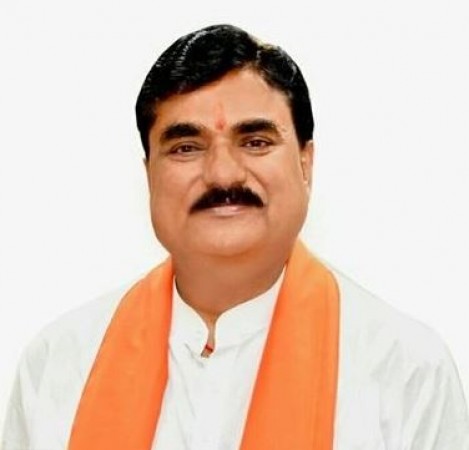 Bhopal: The cabinet of Shivraj government has expanded in Madhya Pradesh on Thursday. After this, Madhya Pradesh Minister Kamal Patel has written a letter to Home Minister Amit Shah. In this letter, he has demanded a CBI inquiry against Congress leader and the then Union Commerce and Industry Minister Kamal Nath. He has alleged that the Rajiv Gandhi Foundation (RGF) received donations from the Chinese Embassy, due to which he gave exemption on Chinese imports.

On 25 June, the BJP president had accused the Congress that they take funds from China and then conduct a study, which is not in the interest of the country. They prepare the atmosphere for that. He had further said that the country wants to know what money was given to the Rajiv Gandhi Foundation and what they had studied in the country, the country also wants to know. He further said that today I saw on TV and I'm stunned that in 2005-06, the People's Republic of China and the Chinese Embassy have given big money to Rajiv Gandhi Foundation. This is a secret relationship between China and Congress.

After that, on June 26, JP Nadda said, "Prime Minister's National Relief Fund was created to help people in crisis, but during UPA's tenure money was being donated to Rajiv Gandhi Foundation. Who sat on the board of PMNRF? Sonia Gandhi. Who is the President of RGF? Sonia Gandhi. Nobody was bothered about the utterly malleable, neglect of morality, procedures and transparency."