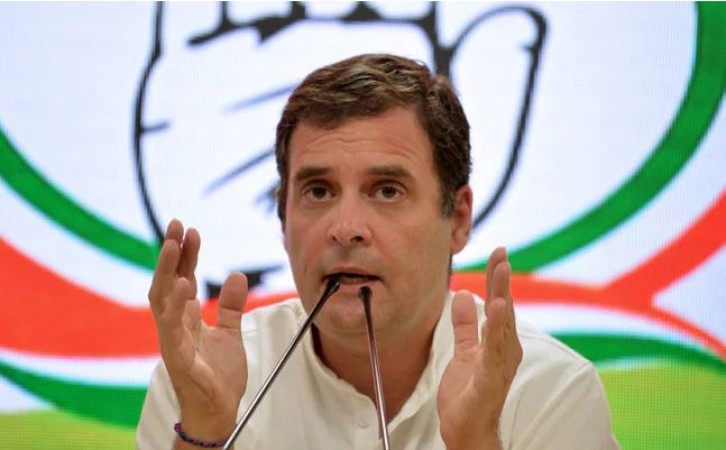 Lucknow: 8 policemen were killed in an encounter with criminals in Kanpur district of Uttar Pradesh. Including one DSP level officer, 3 sub-inspectors, 4 soldiers were martyred in this incident. Rahul Gandhi, the former national president of Congress has raised a question on the UP government. Rahul Gandhi has targeted Yogi Government in a tweet.

Rahul Gandhi tweeted with his official Twitter handle "One more proof of Gundaraj in UP. When the police are not safe, how will the public be? My heartfelt condolences are with the families of the slain martyrs and I wish the injured get well soon.'' The incident took place in Dikru village under Kanpur, 150 km from Lucknow. A team of three police stations had arrived to arrest the notorious criminal Vikas Dubey. Vikas has 60 criminal cases filed in his name. Recently Vikas had committed a murder, in connection with this case, the team reached the village to catch him.