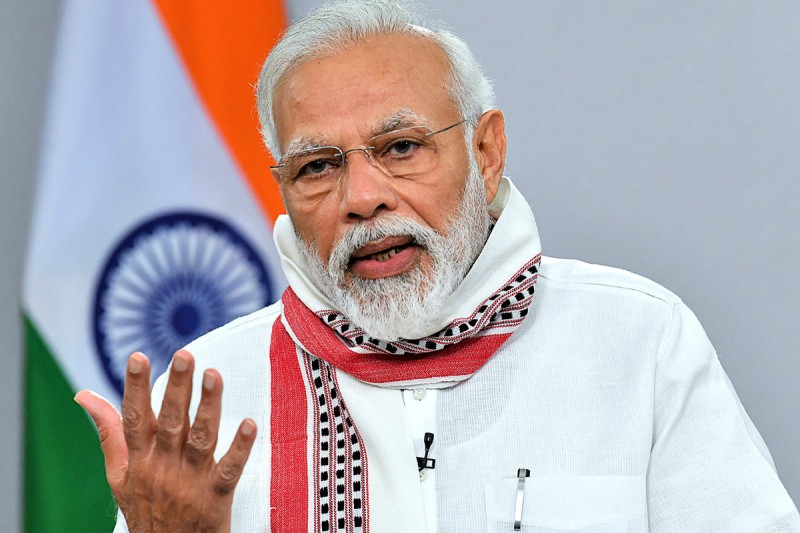 New Delhi: India's PM Narendra Modi is going to address the country on Tuesday i.e. today at 4 pm. After the decision to ban Chinese apps was issued on Monday night, it is being said that in this address, PM is going to make big announcements about China. Where Unlock-2 guidelines have been issued today, it is also going to appeal to the public about it.

According to the information received, the atmosphere of outrage against China is increasing throughout the country in the border dispute between India and China Army in East Ladakh. The Chinese app is being boycotted from every corner of the country. Meanwhile, on Monday, India has banned 59 Chinese apps including TikTok, giving China a big 'digital shock'.

Talks between India and China forces will also be held tomorrow: There will be a third dialogue between the armies of the two countries tomorrow or Tuesday to reduce the border dispute between India and China in East Ladakh. According to official sources, the general level talks will be held in Chushul on the Indian side of the Line of Actual Control (LAC) at 10.30 am. Lieutenant General Harinder Singh from India and Major General Lin Liu from China will attend the meeting. There was a violent clash between the armies of the two countries on the night of 15 June, in which 20 soldiers of the Indian side were killed. China has not yet shared any information about its casualties in the clash. While blaming Beijing for the deadlock in eastern Ladakh, India had said that China has been mobilizing large numbers of military and munitions on the LAC since early May.

Prime Minister @narendramodi will address the nation at 4 PM tomorrow.