'BJP says Make in India. but does Buy from China' Rahul Gandhi slams Modi govt over import from china
Newstracklive|June 30, 2020 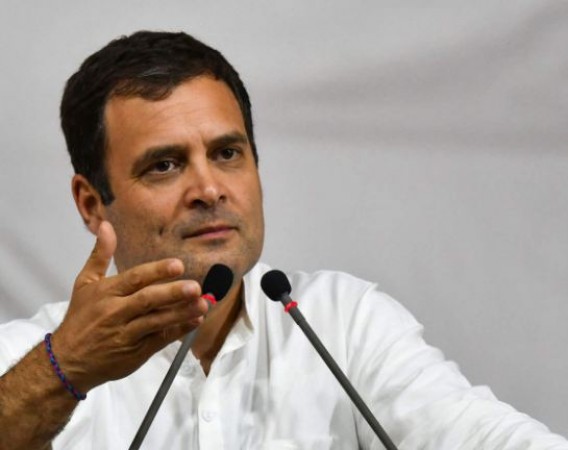 new Delhi.  Former Congress president Rahul Gandhi attacked the ruling party at the Center to import goods from China Glwan in Ladakh. Amidst the India-China dispute, Rahul has claimed that imports from China decreased during the Congress-led UPA government, while purchases from China were higher during the tenure of the Bharatiya Janata Party-led NDA government.

Former Congress president Rahul has shared a graph on Twitter, writing, 'BJP says make in India, but does buy from China.' Through the graph, Rahul Gandhi claimed that 'between 2009 and 2014, the total maximum imports from China was 14 per cent whereas the Modi government has reached the maximum of 18 per cent'. Significantly, in many places in eastern Ladakh, the forces of India and China have been face to face for the last seven weeks. Tensions have increased manifold after the 20 Indian soldiers were martyred in a clash in the Galvan Valley on 15 June. In the second round of talks, on June 22, the two sides reached a 'mutual agreement' to 'retreat' to tense places in eastern Ladakh.

BJP does:
Buy from China. pic.twitter.com/hSiDIOP3aU