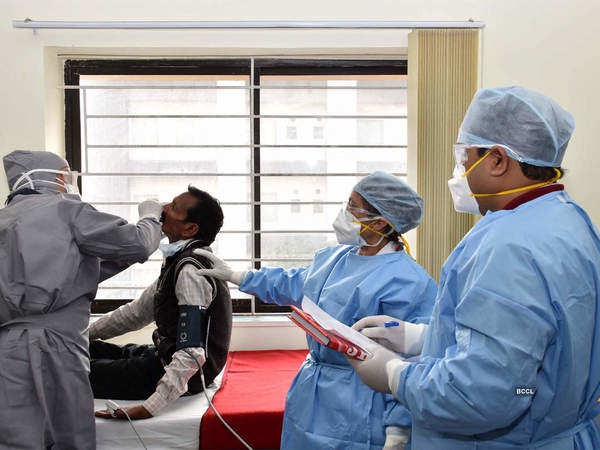 According to the bulletin released by CMHO, reports of total samples received till Thursday night was 457102. As many as 303 samples were tested negative on Thursday. Department has taken only 1328 more samples for testing as officials trust more on RAT. As many as 2324 patients are going under treatment in various hospitals of the city. Total 33573 patients have been discharged so far.

As many as 102 patients were added to the discharged patients list on Thursday as reconciliation. Health officials said that these were the patients who were discharged but were not informed by hospitals.

CM Kejriwal announces penalty of Rs. 2000 for not wearing mask

God Save The Queen

It will be a mess when she’s gone

3 Times You Need Money Advice from a Human

You can now manage most aspects of your money without ever consulting another human being. You can budget, borrow, save, invest, buy insurance, prepare your tax return and create a will — among many other tasks — by using apps, websites and software.

Kumail Nanjiani broke the internet when he posted this shirtless pic of his Eternals transformation. Here’s his Marvel metamorphosis.

To be the first to ski down Half Dome’s most dangerous line, it helps to be a warrior—and a little bit nuts.

A One-Brand Kind of Guy

When we talk about loyalty, we usually think of customers. But this franchisee has operated various restaurant brands and seen the benefits of sticking with a single franchisor.

13 Things Boredom-busting Facts About Board Games

About those buttered noodles

So you’re a picky eater? Here’s the case for leveling up your palate.

'Tis the season...for giving back

Sayonara, Scrooge. Here’s how to make *everyone* (yep, even you) feel warm ‘n’ fuzzy this season.

The Temple of Speed

Reno entices even this altitude-oriented pilot.

Progressive donors to the left of him, cynical centrists to the right— a unified theory of why his popular agenda is so unpopular.