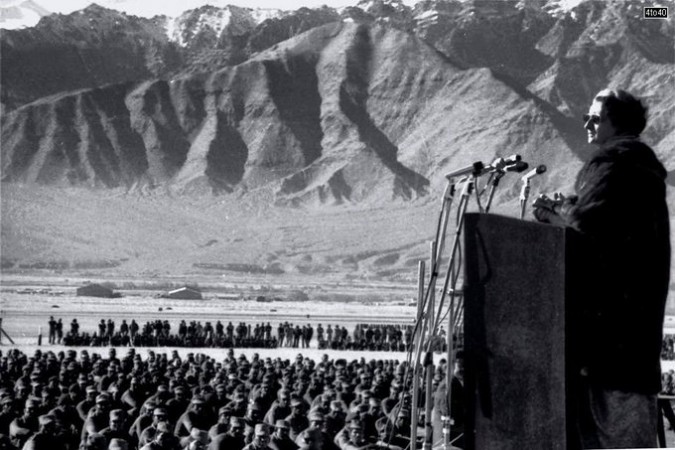 New Delhi: Tension continues on the Ladakh border with China since the month of May. Meanwhile, on Friday, Prime Minister Narendra Modi surprised everyone by reaching Leh suddenly. PM Modi met Army officials at Neemu Post. Now the first response from the Congress has come on this visit of PM Modi.

This picture came in the headlines after the incident in Galwan Valley in the past. There was a war between India and Pakistan in 1971, after which Bangladesh came into existence. At around seven in the morning, PM Modi reached Leh. He was also present with Chief of Defense Staff (CDS) Bipin Rawat, Army Chief MM Naravane. PM Modi spoke to the local authorities and took stock of the situation.