Preparations to crack down on 'Dragon'! PM Modi can hold a big meeting after returning from Ladakh
Newstracklive|July 03, 2020 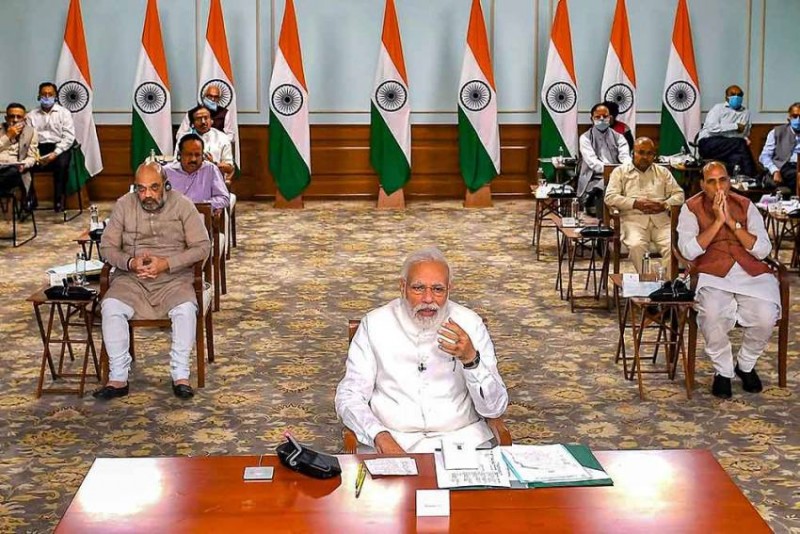 New Delhi: PM Modi has reached Leh tour today amid the ongoing border dispute between India and China. PM Modi will return to Delhi after visiting the border areas. There is news that PM Modi can hold a big meeting in the Prime Minister's Office (PMO) on Friday evening. Senior security officers will also be present in this meeting to be held this evening along with National Security Advisor (NSA) Ajit Doval.

In this meeting, discussions can be held about the situation of ongoing tension between the two countries and the recent circumstances of the talks between the military officers. In fact, today PM Narendra Modi suddenly had a meeting with General Bipin Rawat and Army Chief General Manoj Mukund Narwane with officials of Leh Reach North Army Command, 14 Corps.

PM Modi reached Leh at around 9.30 am today. During this time, the PM held a meeting in Nimu at an place called Advance, where he held discussions with Army, Air Force and ITBP personnel. Situated at an altitude of 11,000 feet on the banks of the Indus River, surrounded by the Janskar mountain range, this place called Nimu is among the most difficult places. During this, the PM went through the map of where China has deployed its Saina and what arrangements India has made in response.