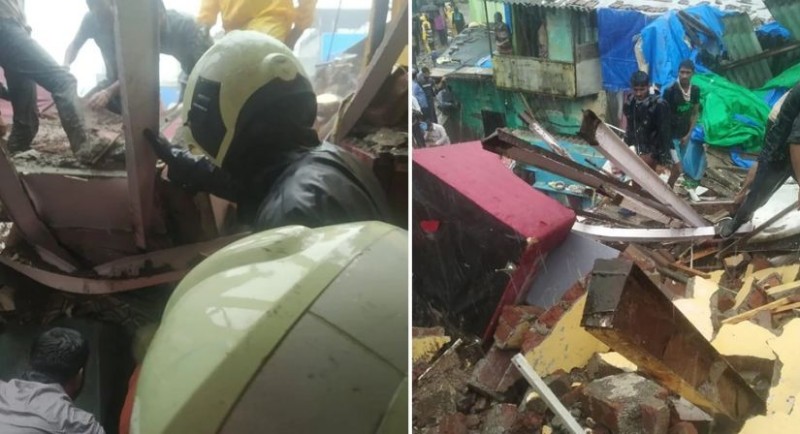 Maharashtra: A major accident has taken place in Mumbai, the financial capital of the country. Ground Plus Two Chawl collapsed in the Malad area of Mumbai on Thursday. Many people are feared to be buried under the debris in this accident. According to the information received, 4 people have been evacuated. The injured are undergoing treatment in the hospital.

Relief and rescue teams have reached the spot after receiving information about the accident. On occasion, 4 fire engines, 1 rescue van, and ambulance are also engaged in rescue operations. The rescue campaign still in progress. On July 2, the wall collapsed due to heavy rains in Pimpripara in Malad East, Mumbai. Around 27 people died in this accident. Earlier, in Kondhwa area near Pune, a house wall collapsed late on 28 June. 15 people lost their lives in this accident.