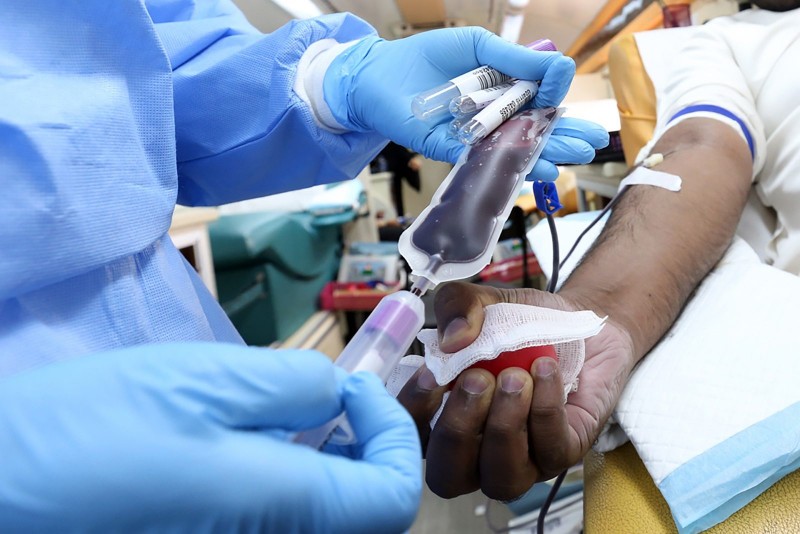 New Delhi: Trial results of plasma therapy are coming out for the first time in the country regarding Coronavirus. After undergoing infection, there have been successful results of giving plasma in patients under treatment in critical condition. Trials on 29 patients in Delhi's Loknayak Hospital are showing improvement only after 48 hours of giving plasma. The problem of breathing problems for the patients is improving. The level of oxygen has also increased by more than 9%. Plasma therapy in the trial is said to be safe for serious patients with corona infection.

According to the information that the plasma (convulsive plasma) taken after the infection is healthy is getting better effect than other types of plasma (FFP). It has also been reported that 14 out of 29 patients were given Convulsant Plasma (CP), while the rest of the patients were given FFP Plasma, but the recovery of the patients in these two groups is the highest through Convulsant Plasma. Convulsant plasma that has been given has recovered faster than FFP and has gone home. The Indian Council of Medical Research (ICMR) has given permission to many hospitals in the country to deliver plasma to patients infected with coronavirus and undergoing treatment in critical condition. Convulsant plasma was first given to infected patients in Kerala. It is also being said that Max Hospital in Saket, Delhi has also given this therapy to some patients, in which successful results have been shown in all patients. For the first time in the country, the Delhi Government is publicly celebrating the trial results of plasma therapy.

Dr. Suresh Kumar, Medical Director of Loknayak Hospital said that after the first phase of the trial is over, the trial has been allowed on 200 patients again. So far, 35 patients have been given plasma, of which 29 trial reports have been released. In this case he told that if someone has corona infection and after a certain time he becomes healthy, then his plasma is taken and given to the infected patient in critical condition. This process is known as convulsive plasma (CP). It is being said that when 14 days have come after the negative report of the donor has come. Similarly, FFP is also plasma, but it can be extracted from the blood of any healthy person.

Big news about corona, cases not increased on June 29

Coronavirus wreaks havoc in these cities including Karnataka