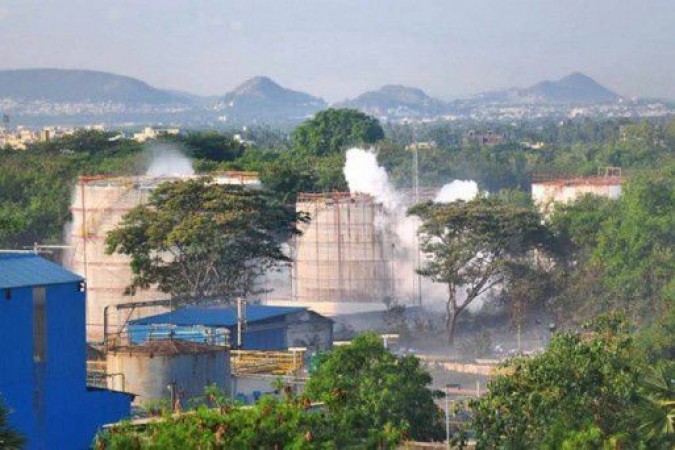 Visakhapatnam: Once in Visakhapatnam, Andhra Pradesh, a gas leakage incident has come to light. Two people have died tragically after gas leaking at a pharmaceutical company late Monday, while four people have been hospitalized in an injured condition. It is being told that both the people who died are Majdoor and work in the factory itself. The accident occurred in the company Sinor Life Sciences Pvt. After this there was chaos in the area. However, the situation was brought under control shortly after the gas leak.

On giving information about the accident, Inspector Uday Kumar of Parvada Police Station has said, 'Two people have died and four people have been admitted to the hospital. Now the situation is completely under control'. The two people who died were present at the site. Gas has not spread elsewhere. State CM YS Jagan Mohan Reddy has inquired about the case. According to the Andhra Pradesh CM office, the accident occurred late at 11:30 in the factory. The factory was shut down shortly thereafter.

Earlier on May 7, RR of Visakhapatnam in Andhra Pradesh Eleven people were killed after a leak of chemical gas from a plant in Venkatapuram village. CM Jagan Mohan Reddy had announced a grant of Rs 1 crore to the families of those killed in the incident. The plant in which the accident took place was closed since March 24 due to the lockdown and it was reopened in the month of May itself. Poisonous gas from the plant affected at least five villages within a radius of three km.

Big news about corona, cases not increased on June 29