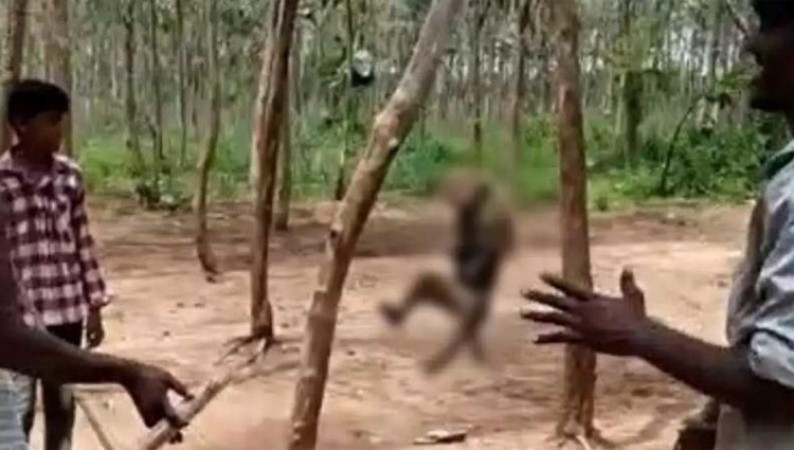 Khammam: After Kerala, now a new case of animal cruelty has emerged in Telangana. Forest department officials say that in Khammam district, 275 km from Telangana, three people killed a monkey by hanging it on a tree. It has been learned that they did this so that other monkeys started getting scared. A. Venkateswarlu, forest officer of Satupalli range, said that the accused have confessed to their crime. A lawsuit is being filed against them under the Wildlife Protection Act.

According to the information received, the incident is from Vemasur village on 26 June 2020. Authorities have started an investigation after the video of the monkey hanging from the tree went viral. Venkateswarlu told that these people wanted to frighten other monkeys by hanging a monkey. The body of the monkey has been recovered. Actually, the terror of monkeys is increasing in Satpulli and its surrounding areas. They go to people's gardens and destroy it. To avoid them, these people are guarding day and night and their daily routine is getting affected.

It has been learned that according to the instructions of the Telangana government, during the afforestation in the Satupalli forest range, 30 per cent fruitful trees have to be planted so that the monkeys and other wildlife are provided with proper food during displacement.