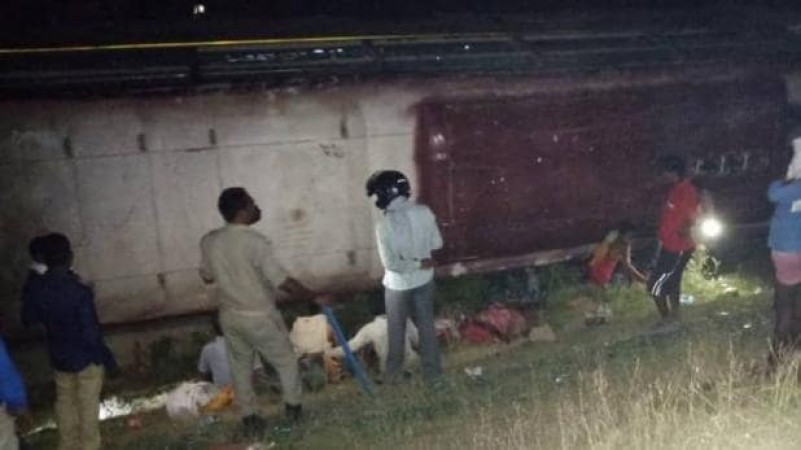 Prayagraj: A bus carrying laborers in Prayagraj of Uttar Pradesh became the victim of an accident. More than two dozen workers were injured in this incident. All the injured have been admitted to the SRN Hospital. This bus was going from Jaipur to West Bengal. The bus fell down the highway near Sahavpur in Savarnawab Ganj. It is being told that the accident has occurred due to sleeplessness of the driver.

Yogi government's big announcement, 'laborers from other states will get 15 days ration and Rs 1000'