Virtual Reality— A Boon For The Education Sector 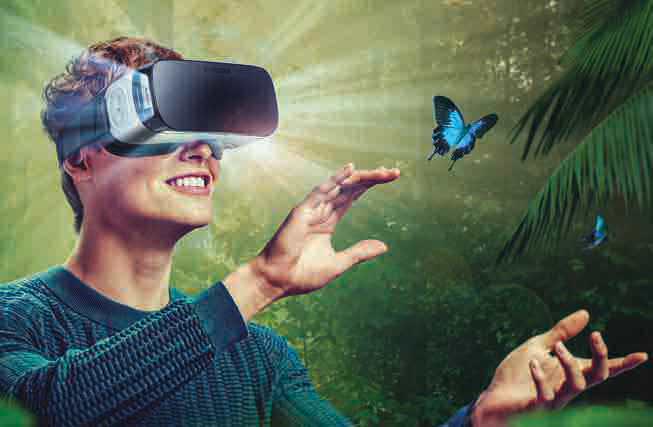 Virtual reality, as a technology has numerous applications in various industries. The education industry is one which can benefit hugely by deploying virtual reality in teaching and learning processes. Virtual Reality, Augmented Reality and Gamificat.

Let us look at what virtual reality actually is. In simple terms, virtual reality is an artificial environment that is developed with some form of software and is presented to the user in such a manner that the user accepts it as a real environment. The simplest form of virtual reality is a 3D image or the 3D movies that you watch, which can be explored interactively at a personal computer, usually by manipulating keys or the mouse so that the content of the image moves in some direction or zooms in or out of focus, like in the movie - ‘Matrix’. More advanced forms of virtual reality involves approaches such as wrap around display screens, actual rooms augmented with wearable computers, and haptics devices that let you feel the display images. Virtual reality is no more a mere concept today; it is very much a part of our day-to-day life.

Virtual reality, as a technology has numerous applications in various industries, such as healthcare, entertainment, automobile, advertising, education, tourism, space, skilled trades involving welding, military and law enforcements etc. Among all these industries, the education industry is one which can benefit hugely by deploying virtual reality in teaching and learning processes.

Online and digital education sector is growing in leaps and bounds in a predominately education conservative country. Interactive and participative modules of learning like concepts of smart boards, e-learning and other technology platforms have already made its presence felt in the academic sector. Smart boards are a passé now. As everything evolves, technology also had its turn and continuous research has revealed an even better form of education and learning – virtual reality based learning solutions.