When Beauty Has A Purpose

When has a Beauty Purpose While Miss World Philippines 2017 Laura Lehmann changed the course of her life from pursuing a medical career to join the entertainment industry, she remained grounded in values instilled by her mother that led her to use her status to help underprivileged mothers and their premature babies.

Laura Lehmann was raised by a single mother. The beauty title holder who represented the country in the Miss World 2017 pageant in China, credits her success in life to her parent Candy. She brought up her daughter instilling good values, provided for a top-notch education, and nurtured a mindset that served her well in the bid to become a beauty queen. She is now venturing into new territory, exploring a career in acting and hosting, and aspires to be just as strong as her mother.

“Your environment as a child will always have an impact on the person you will become,” Laura shares. “First of all, mine made me appreciate women. I saw [my mother] working very hard. She had to be a parent, teacher, friend and disciplinarian all at the same time. It showed me what women can do. I became very driven. I wanted to be the same [as she was]. I wanted to make a better life for us. It made me hungry,” Laura shares.

TWO SCHOLARSHIPS AND A MEDICAL CAREER

The statuesque 24-year-old reflects on her childhood. “My life as a kid was completely different from my life now. If you ask anyone from my grade school or high school if I wanted to end up here, they would definitely say no,” she says with a laugh. Laura wanted to be a doctor and claims that she was very serious and nerdy in school. She had a scholarship at International School Manila and was keen on getting a good job after her education. Perseverance brought her to the top of her class. “When you’re on a scholarship, there’s a pressure to perform very well. There’s also guilt because you have a free education, so you want to do your very best.” 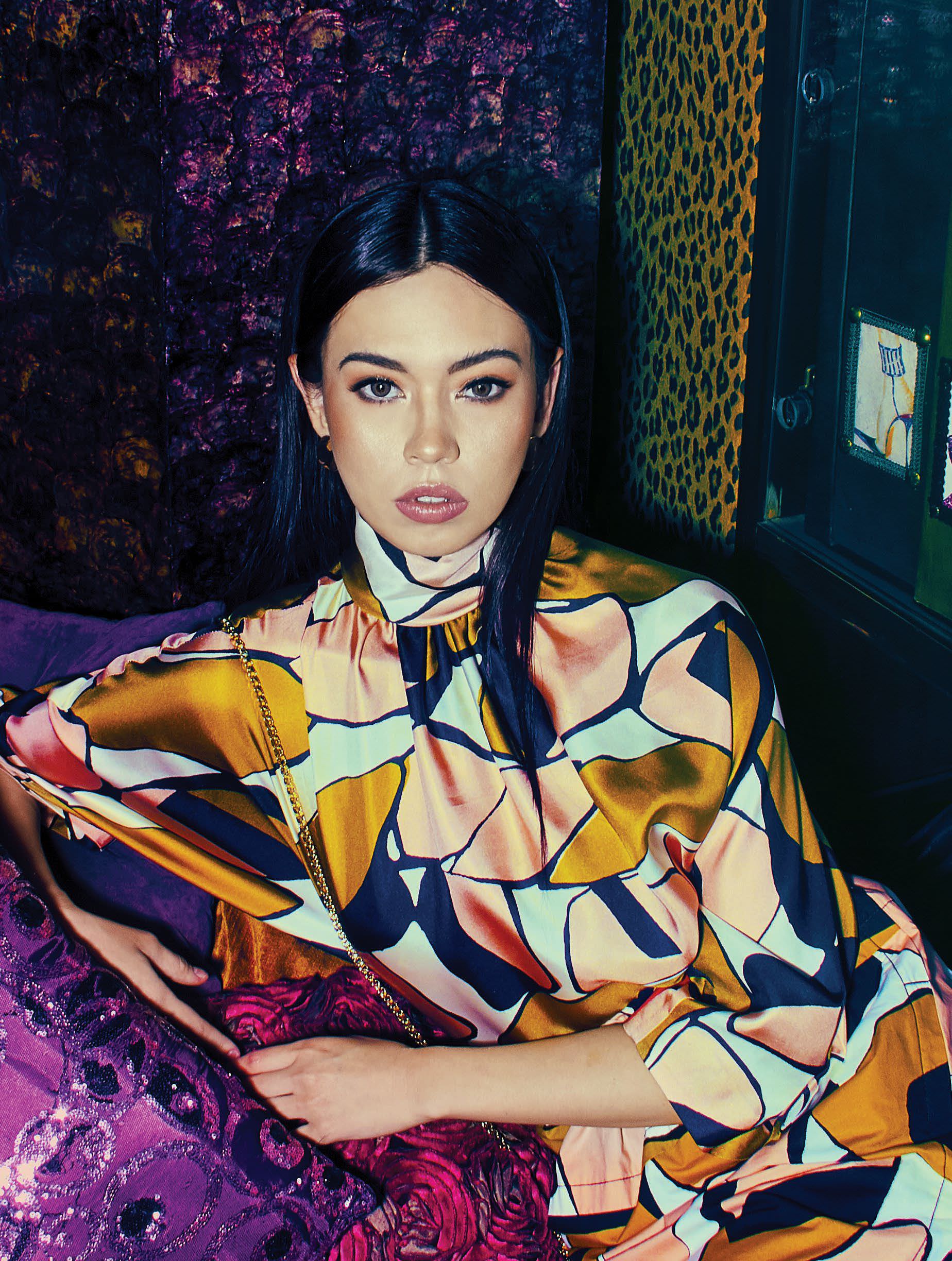 Despite studying hard every day, Laura made sure she remained close to her mother, who works as a travel agent. They only had each other. When she graduated from high school, she was offered a scholarship at Occidental College in California. Laura was hesitant to take it at first, finding the idea of leaving her mother alone very difficult. After some thought, she accepted and flew to the United States to study pre-med. “It’s hard being a single mom and having to provide for a child. I just wanted to make sure I had a good job in the future,” shares Laura about her big move abroad.

NO TO BEING A BEAUTY CONTESTANT