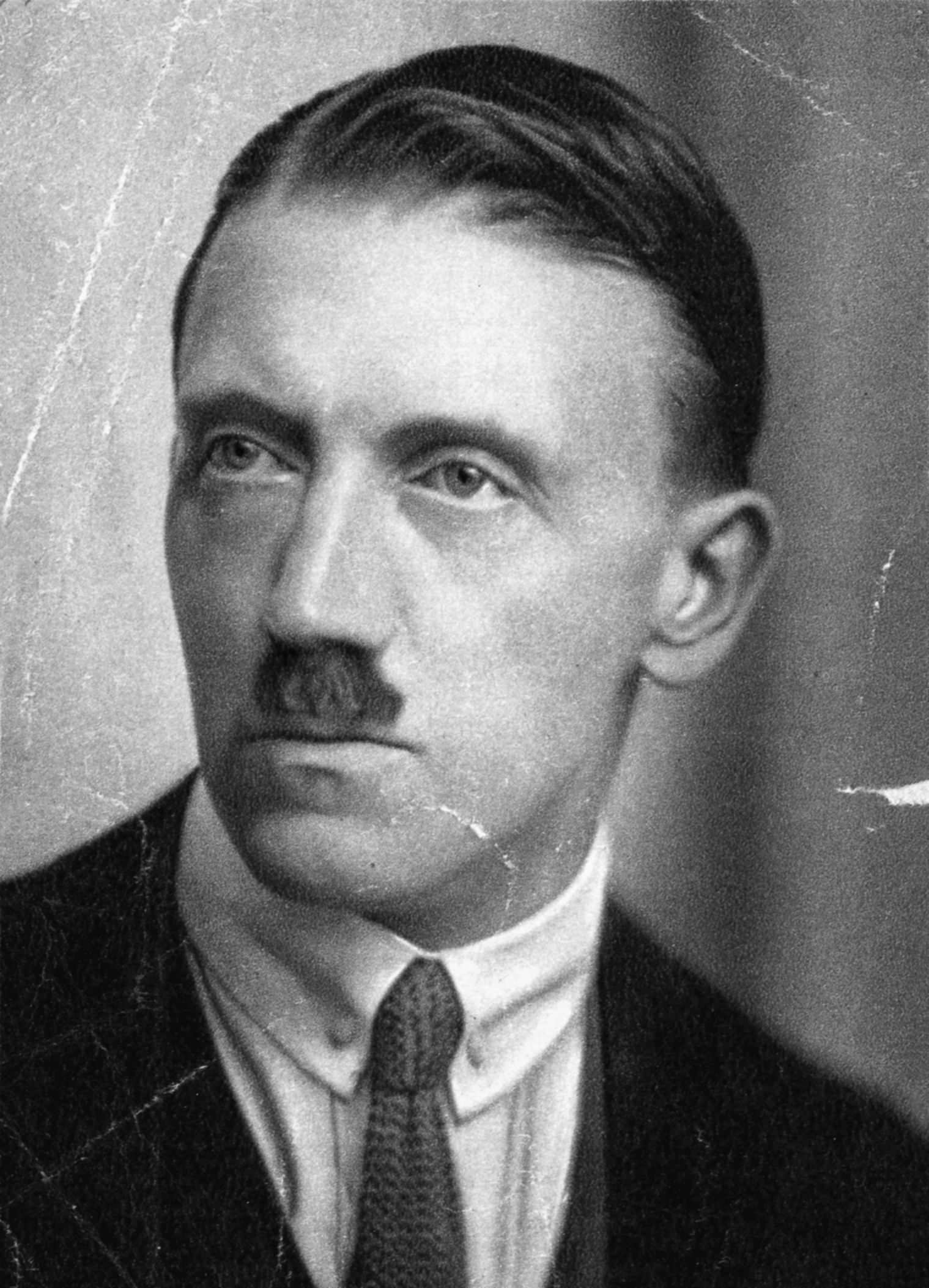 “History teaches, but has no pupils,” the Marxist philosopher Antonio Gramsci wrote. That line comes to mind when I browse in the history section of a bookstore. An adage in publishing is that you can never go wrong with books about Lincoln, Hitler, and dogs; an alternative version names golfing, Nazis, and cats. In Germany, it’s said that the only surefire magazine covers are ones that feature Hitler or sex. Whatever the formula, Hitler and Nazism prop up the publishing business: hundreds of titles appear each year, and the total number runs well into the tens of thousands. On store shelves, they stare out at you by the dozens, their spines steeped in the black-white-and-red of the Nazi flag, their titles barking in Gothic type, their covers studded with swastikas. The back catalogue includes “I Was Hitler’s Pilot,” “I Was Hitler’s Chauffeur,” “I Was Hitler’s Doctor,” “Hitler, My Neighbor,” “Hitler Was My Friend,” “He Was My Chief,” and “Hitler Is No Fool.” Books have been written about Hitler’s youth, his years in Vienna and Munich, his service in the First World War, his assumption of power, his library, his taste in art, his love of film, his relations with women, and his predilections in interior design (“Hitler at Home”).

Why do these books pile up in such unreadable numbers? This may seem a perverse question. The Holocaust is the greatest crime in history, one that people remain desperate to understand. Germany’s plunge from the heights of civilization to the depths of barbarism is an everlasting shock. Still, these swastika covers trade all too frankly on Hitler’s undeniable flair for graphic design. (The Nazi flag was apparently his creation—finalized after “innumerable attempts,” according to “Mein Kampf.”) Susan Sontag, in her 1975 essay “Fascinating Fascism,” declared that the appeal of Nazi iconography had become erotic, not only in S & M circles but also in the wider culture. It was, Sontag wrote, a “response to an oppressive freedom of choice in sex (and, possibly, in other matters), to an unbearable degree of individuality.” Neo-Nazi movements have almost certainly fed on the perpetuation of Hitler’s negative mystique.

Americans have an especially insatiable appetite for Nazi-themed books, films, television shows, documentaries, video games, and comic books. Stories of the Second World War console us with memories of the days before Vietnam, Cambodia, and Iraq, when the United States was the world’s goodhearted superpower, riding to the rescue of a Europe paralyzed by totalitarianism and appeasement. Yet an eerie continuity became visible in the postwar years, as German scientists were imported to America and began working for their former enemies; the resulting technologies of mass destruction exceeded Hitler’s darkest imaginings. The Nazis idolized many aspects of American society: the cult of sport, Hollywood production values, the mythology of the frontier. From boyhood on, Hitler devoured the Westerns of the popular German novelist Karl May. In 1928, Hitler remarked, approvingly, that white settlers in America had “gunned down the millions of redskins to a few hundred thousand.” When he spoke of Le­ bensraum, the German drive for “living space” in Eastern Europe, he often had America in mind.

Among recent books on Nazism, the one that may prove most disquieting for American readers is James Q. Whitman’s “Hitler’s American Model: The United States and the Making of Nazi Race Law” (Princeton). On the cover, the inevitable swastika is flanked by two red stars. Whitman methodically explores how the Nazis took inspiration from American racism of the late nineteenth and early twentieth centuries. He notes that, in “Mein Kampf,” Hitler praises America as the one state that has made progress toward a primarily racial conception of citizenship, by “excluding certain races from naturalization.” Whitman writes that the discussion of such influences is almost taboo, because the crimes of the Third Reich are commonly defined as “the nefan­ dum, the unspeakable descent into what we often call ‘radical evil.’ ” But the kind of genocidal hatred that erupted in Germany had been seen before and has been seen since. Only by stripping away its national regalia and comprehending its essential human form do we have any hope of vanquishing it.

The vast literature on Hitler and Nazism keeps circling around a few enduring questions. The first is biographical: How did an Austrian watercolour painter turned military orderly emerge as a far-right German rabble-rouser after the First World War? The second is sociopolitical: How did a civilized society come to embrace Hitler’s extreme ideas? The third has to do with the intersection of man and regime: To what extent was Hitler in control of the apparatus of the Third Reich? All these questions point to the central enigma of the Holocaust, which has variously been interpreted as a premeditated action and as a barbaric improvisation. In our current age of unapologetic racism and resurgent authoritarianism, the mechanics of Hitler’s rise are a particularly pressing matter. For dismantlers of democracy, there is no better exemplar.

Since 1945, the historiography of Nazism has undergone several broad transformations, reflecting political pressures both within Germany and abroad. In the early Cold War period, the emergence of West Germany as a bulwark against the Soviet menace tended to discourage a closer interrogation of German cultural values. The first big postwar biography of Hitler, by the British historian Alan Bullock, published in 1952, depicted him as a charlatan, a manipulator, an “opportunist entirely without principle.” German thinkers often skirted the issue of Hitler, preferring systemic explanations. Hannah Arendt’s “The Origins of Totalitarianism” suggested that dictatorial energies draw on the loneliness of the modern subject. 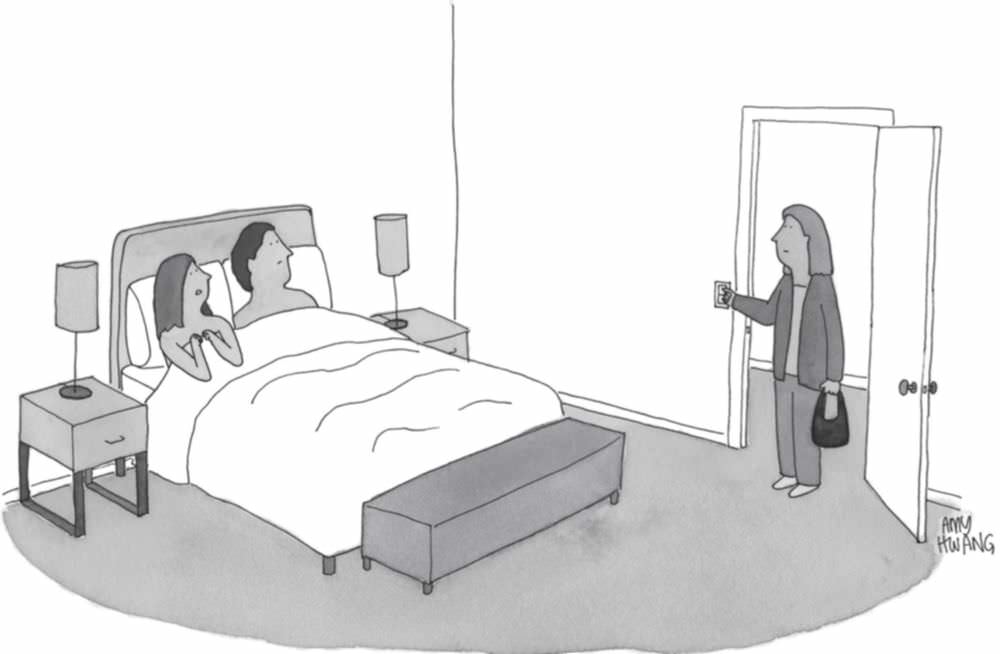 In the sixties and seventies, as Cold War Realpolitik receded and the full horror of the Holocaust sank in, many historians adopted what is known as the Sonderweg thesis—the idea that Germany had followed a “special path” in the nineteenth and early twentieth centuries, different from that of other Western nations. In this reading, the Germany of the Wilhelmine period had failed to develop along healthy liberal-democratic lines; the inability to modernize politically prepared the ground for Nazism. In Germany, left-oriented scholars like Hans Mommsen used this concept to call for a greater sense of collective responsibility; to focus on Hitler was an evasion, the argument went, implying that Nazism was something that he did to us. Mommsen outlined a “cumulative radicalization” of the Nazi state in which Hitler functioned as a “weak dictator,” ceding policy-making to competing bureaucratic agencies. Abroad, the Sonderweg theory took on a punitive edge, indicting all of German history and culture. William Manchester’s 1968 book, “The Arms of Krupp,” ends with a lurid image of “the first grim Aryan savage crouched in his garment of coarse skins, his crude javelin poised, tense and alert, cloaked by night and fog, ready; waiting; and waiting.”

The Sonderweg argument was attacked on multiple fronts. In what became known as the Historikerstreit (“Historians’ Dispute”), right-wing scholars in Germany proposed that the nation end its ritual self-flagellation: they reframed Nazism as a reaction to Bolshevism and recast the Holocaust as one genocide among many. Joachim Fest, who had published the first big German-language biography of Hitler, also stood apart from the Sonderweg school. By portraying the Führer as an all-dominating, quasi-demonic figure, Fest effectively placed less blame on the Weimar Republic conservatives who put Hitler in Office. More dubious readings presented Hitlerism as an experiment that modernized Germany and then went awry. Such ideas have lost ground in Germany, at least for now: in mainstream discourse there, it is axiomatic to accept responsibility for the Nazi terror.

Outside Germany, many critiques of the Sonderweg thesis came from the left. The British scholars Geoff Eley and David Blackbourn, in their 1984 book “The Peculiarities of German History,” questioned the “tyranny of hindsight”—the lordly perspective that reduces a complex, contingent sequence of events to an irreversible progression. In the allegedly backward Kaiserreich, Eley and Blackbourn saw various liberalizing forces in motion: housing reform, public-health initiatives, an emboldened press. It was a society riddled with anti-Semitism, yet it witnessed no upheaval on the scale of the Dreyfus Affair or the Tiszaeszlár blood-libel affair in Hungary. Eley and Blackbourn also questioned whether élitist, imperialist Britain should be held up as the modern paragon. The Sonderweg narrative could become an exculpatory fairy tale for other nations: we may make mistakes, but we will never be as bad as the Germans.

Ian Kershaw’s monumental two-volume biography (1998-2000) found a plausible middle ground between “strong” and “weak” images of Hitler in power. With his nocturnal schedule, his dislike of paperwork, and his aversion to dialogue, Hitler was an eccentric executive, to say the least. To make sense of a dictatorship in which the dictator was intermittently absent, Kershaw expounded the concept of “working towards the Führer”: when explicit direction from Hitler was lacking, Nazi functionaries guessed at what he wanted, and often further radicalized his policies. Even as debates about the nature of Hitler’s leadership go back and forth, scholars largely agree that his ideology was more or less fixed from the midtwenties onward. His two abiding obsessions were violent anti-Semitism and Lebensraum. As early as 1921, he spoke of confining Jews to concentration camps, and in 1923 he contemplated—and, for the moment, rejected—the idea of killing the entire Jewish population. The Holocaust was the result of a hideous syllogism: if Germany were to expand into the East, where millions of Jews lived, those Jews would have to vanish, because Germans could not coexist with them.