100 Powerful Women – Karlie Kloss – Super-nerd
KARLIE KLOSS created a coding camp for girls, but the biggest takeaway isn’t how to code. It’s how to defy expectations.
By Stephanie Schomer

THE VIEW IS stunning up here, from the 34th floor of this downtown Manhattan office building. Outside the floor-to-ceiling windows, the day is bright and clear. But the 24 teenage girls occupying the space are over it. Their noses are buried in MacBooks, while a soundtrack of Disney hits plays in the background. There’s work to be done, after all: They’re students at a nonprofit coding camp called Kode With Klossy, and today’s assignment is to design and code an online photo gallery.

They’re so focused on the task, in fact, that they don’t notice when the camp’s creator and very famous namesake walks in.

“Hey, guys,” says supermodel, Project Runway host, and coding enthusiast Karlie Kloss, as she gives the students a friendly wave. The girls seem a bit too stunned to react. Eyes widen as they glance around at each other, quietly nodding with shared enthusiasm. But before they can do much of anything else, the 27-year-old Kloss is checking out their work, bringing her six-foot-two-inch frame to a squat so she can be eye level with her students and their screens. For the next 90 minutes, she asks questions about their code and their plans for the future— through conversation occasionally veers off to Harry Potter and chocolate chip cookies.

If it’s all a little surreal inside this room, it can look even more so from the outside. Kode With Klossy operates in 16 cities and this year alone gave almost 1,000 young women the (free) opportunity to learn a critical skill. It has attracted a wide range of support, though also the inevitable skepticism. Supermodels, after all, aren’t supposed to code.

Kloss has heard it before. And she has a straightforward response. “There are a lot of misconceptions about being a model, and how that directly correlates to your intellect,” she says. “Yes, I’m a model, yes, I’m a woman, and, yes, I’m interested in these areas. And I think a lot of other young women are interested in these areas, too, and they deserve the opportunity to learn about them and decide for themselves if they belong or not.”

Kloss is careful to never claim expertise in the world of computer science. She’s an enthusiast. She can code, but she considers herself a perpetual student of the craft—and a person not defined by others’ expectations. That, she hopes, is the sensibility her students will come away with. More than attaining any level of coding experience, she wants Kode With Klossy’s attendees to appreciate the power of curiosity and the willingness to ask questions. She owes her career to this instinct, she says. And she’ll continue to use it as her professional life evolves.

As Kloss makes her rounds at the camp, one young coder sings the praises of the instructors but sheepishly apologizes for asking them too many questions. “No!” Kloss says emphatically. “Do not apologize. That’s what they’re here for. You should always ask your questions.” 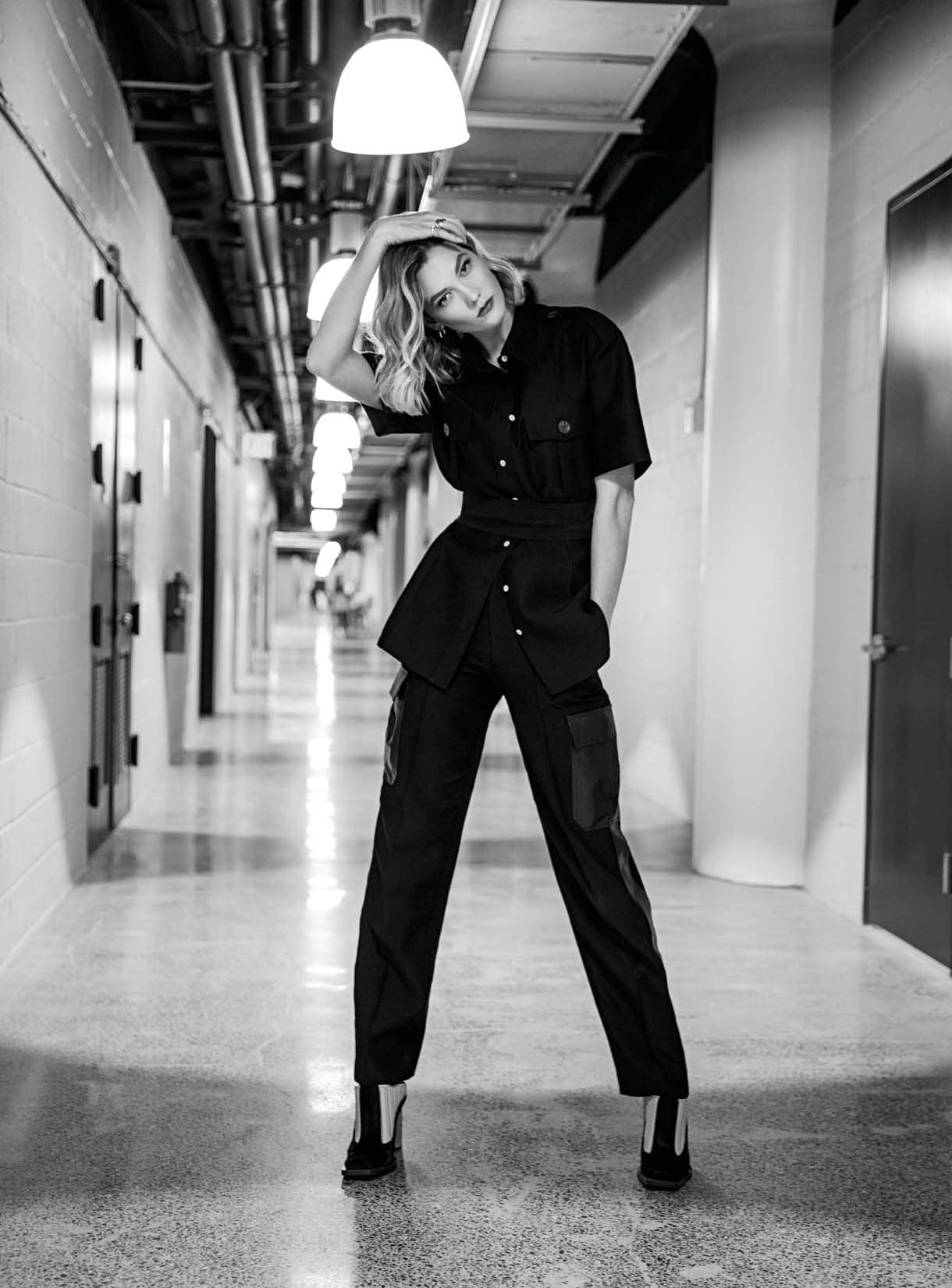 KLOSS GREW UP in St. Louis with her mom, dad, and three sisters. At 13, she participated in a local charity fashion show and was, as they say, discovered. By 15, she was walking the runway for Calvin Klein. In the years that followed, Kloss became one of fashion’s favorite faces, gracing countless runways and magazine covers. (To date, she’s covered various editions of Vogue 40 times.)