How Jazzercise Has Survived The Times

Jazzercise was once the most famous fitness brand in America. Today, that’s hardly true—but thanks to a unique franchising arrangement, it’s just as beloved as ever.

It is 9:45 a.m. on a Wednesday morning in Oceanside, Calif., and the crown jewel of the Jazzercise class schedule is hitting its stride. It’s called Dance Mixx, and it’s taught by Shanna Missett Nelson, the daughter of Jazzercise’s founder and CEO. Nelson says that Jazzercise prides itself on having “a little sprinkle of everybody in class,” and the more than 60 women who gather in this studio next to a Buffalo Wild Wings indeed represent a little bit of everybody. There’s one in the front row with hair dyed neon red, another near the windows dancing in her sandals, a lanky 18-year-old in sleek, forest green leggings, and a group of 40-somethings who call themselves the Mom Squad, who whoop and rib each other throughout the session.

“We try to come Monday through Friday,” explains Stephanie Rosenthal, one of the moms, as she cools down after class. “Saturdays are for sports, and Sundays are for church.” She first took to Jazzercise three years ago after she had a baby, but her friend Mindy Batt— another Mom Squadder—had been trying to get her to come for 20 years. “You get made fun of at first because they think it’s for old ladies,” says Batt. Rosenthal rejoins: “But I started coming, and my friends said, ‘You look amazing—what are you doing?’ ” 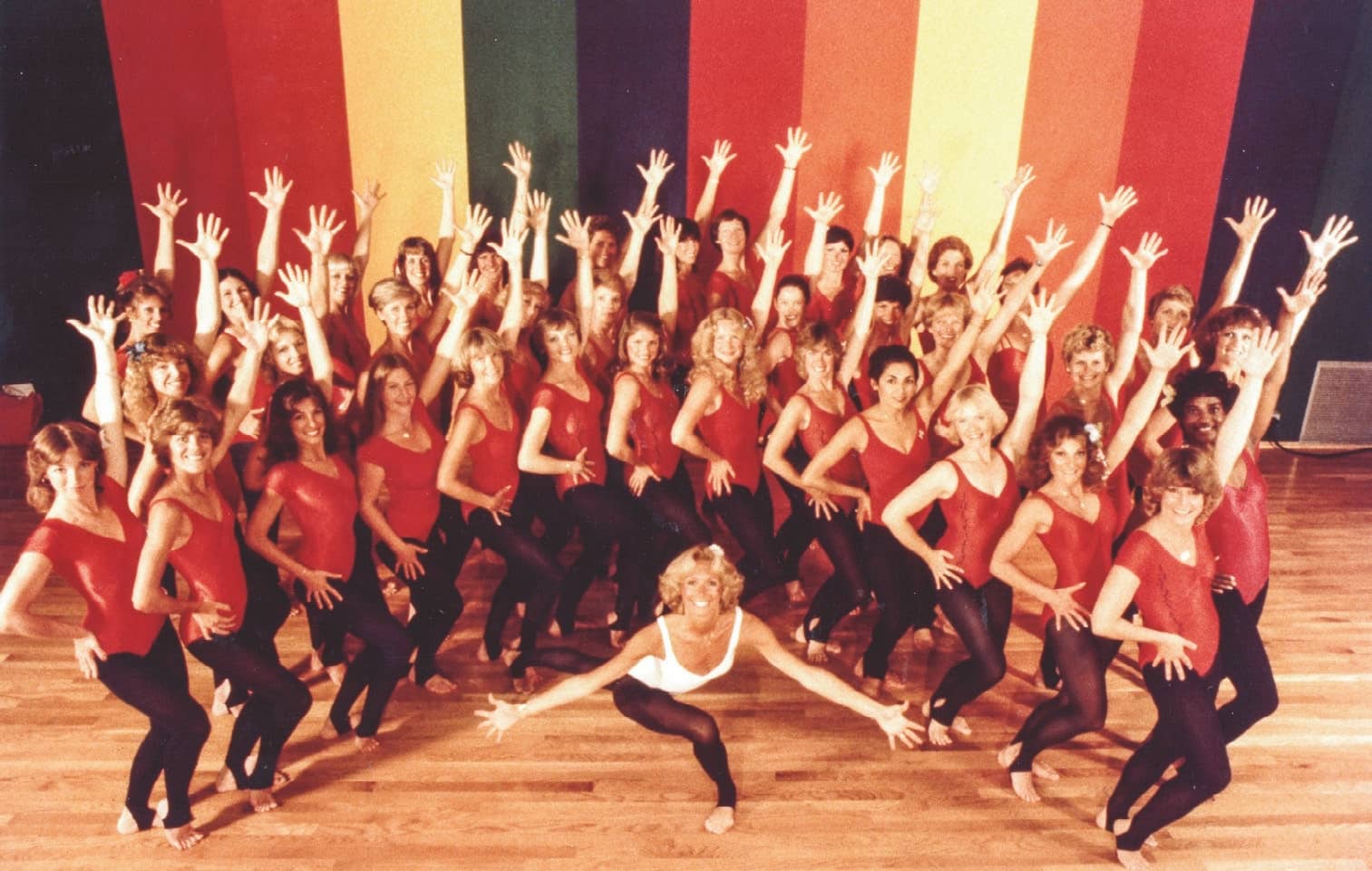 Such is the challenge and opportunity for Jazzercise, the brand that practically created the fitness class as we know it—but that doesn’t always feel like it’s kept up with industry changes. The 2019 fitness landscape teems with boutique studios, data tracking technology, and organized feats of strength. Jazzercise, meanwhile, has fallen out of the cultural conversation— enough so that people may be surprised to learn it still exists. But it does, and it attracts millions of fans. The company did $98 million in sales in 2018 and has almost 1,800 locations, represented in every state in the U.S. and 25 countries.

How is that possible? The answer, it seems, can also be found in Nelson’s class. Nelson is 50 years old, now the president of Jazzercise, and teaches three days a week—and her class feels local and small-knit. She carries a big, white smile, a high blonde ponytail, a six-pack, and a buoyant, can-do demeanor. She punctuates her choreography with rhetoric that ranges from the instructional (“Right shoulder back!”) to the quotidian (“Is anyone going to the Shawn Mendes concert?”) to the empathetic (“Are these sit-ups over yet?”). At one point, Nelson calls out a woman in the class who would be teaching her daughter at school in the fall. Later, she brings someone up on stage to dance for her birthday.

All of which is to say: While Jazzercise has been overtaken by faster-growing, polished operations, it has clung tight to the comfort of familiarity. “We try to create an atmosphere that’s friendly, nonjudgmental, and non-competitive: Come on in and do what you can; make it work for yourself,” says Judi Sheppard Missett, the company’s founder and CEO. “People get a sense of community out of it. They meet each other in that class and become friends. They’ll have a big luncheon on a holiday where 50 people will go to the Olive Garden.”

It all works for now. The question is, will it work forever? 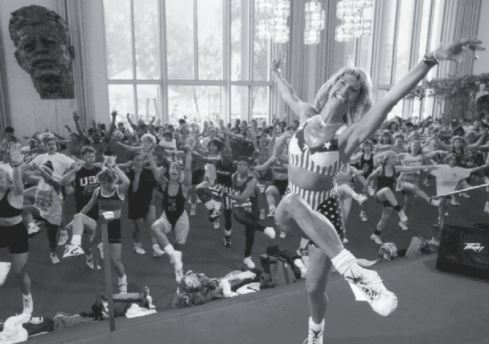 JAZZERCISE DIDN’T always have a snappy name. It began with a longer one: Jazz Dance for Fun and Fitness.

It was 1969, and Missett was teaching dance classes for moms in Chicago. But people kept dropping out. As she sought ways to keep them in class, she came upon the insight that would transform her life: Women aren’t interested in being trained like dancers—they’re interested in looking like them, having fun, and feeling good. Missett simplified routines, taught facing participants (instead of with her back to them, like a dance instructor), and took an interest in their lives.