Leadership With A Twist 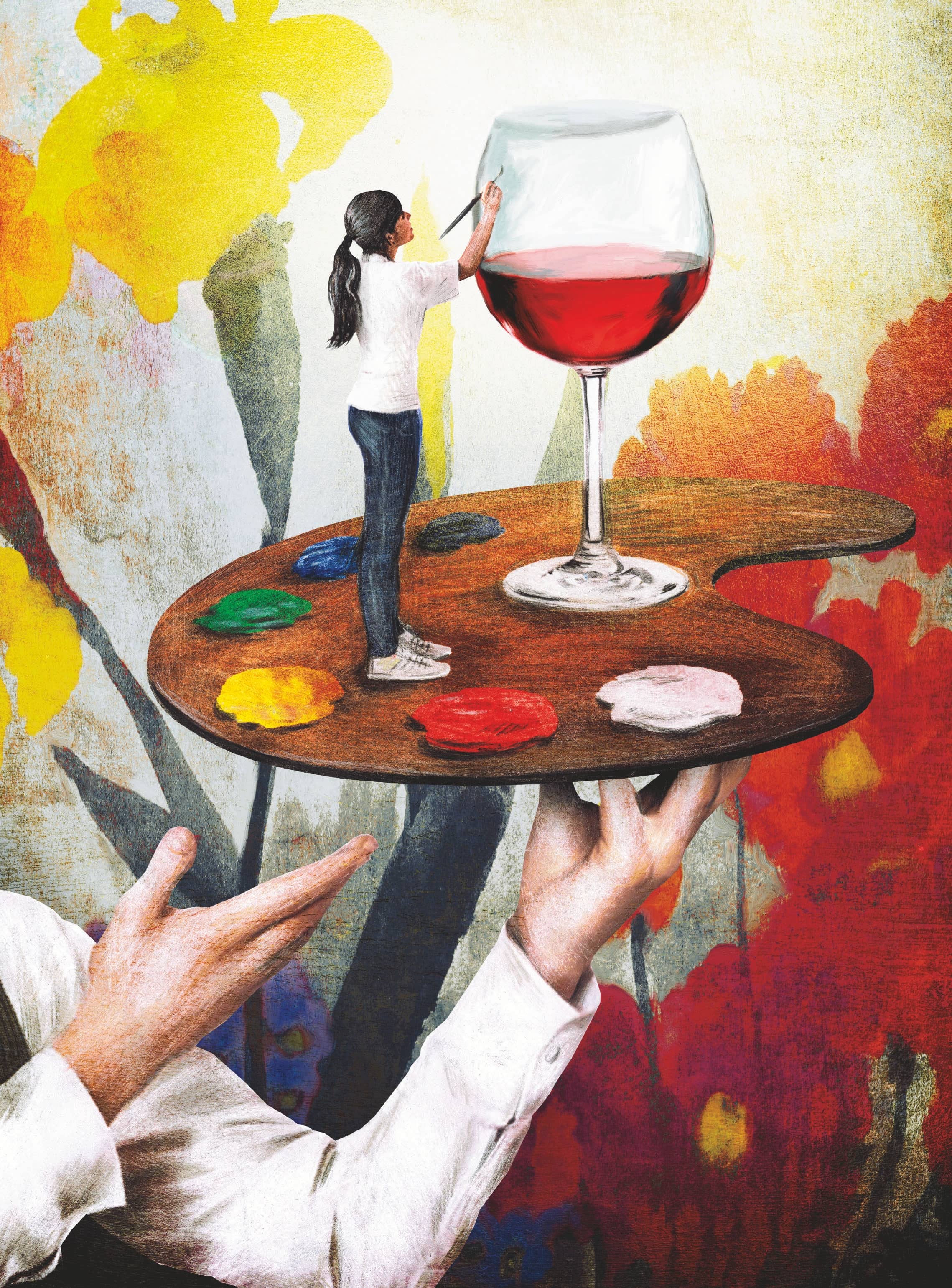 What happens when a company outgrows its founders? Painting with a Twist is in the process of finding out. The women who launched the business, which popularized the paint-and-sip concept (wine + paint = fun!), no longer felt they could lead it. So they set out to find someone who could.

Chris Hatten’s days were long and soul-fraying. This was back in 2012, when he worked at a residential treatment facility for children who had experienced deep trauma, and then spent his evenings worrying about his bills. “I was stuck,” he says. “I didn’t know what else I could do.” One day, on a whim, he walked into an art studio called Painting with a Twist that had recently opened in a renovated fire station behind his home in Skippack, Penn. The window was filled with colorful artwork; a promotion offered a blank canvas, two hours of painting with an instructor, and a finished product at the end of the night. Wine was welcome, even encouraged.

Hatten joined the weeknight class, and a sense of calm washed over him as he painted. “I tuned everything out,” he says. So he kept returning. Before long, he’d done 100 paintings and become a well-known regular. And in 2015, he decided to go all-in: He walked away from his job at the treatment facility and became a Painting with a Twist franchisee, opening a studio in Bethlehem, Penn.

Painting with a Twist had gotten used to success stories like Hatten’s. The brand was created by two New Orleans women, Cathy Deano and Renee Maloney, in the wake of Hurricane Katrina. They wanted it to be a space where people in their community could escape from their daily worries, and that ethos, which clearly connected with Hatten, also easily connected in towns and cities across the country. In less than a decade, the brand grew to 300-plus locations in 39 states.

But growth doesn’t always come easy. A sea of copycats followed, crowding into a category that became known as “paint-and-sip.” Competing concepts followed—studios like The Rustic Brush, where people can sip wine while making antique-looking wooden signs, doormats, or lazy Susans. And many of Painting with a Twist’s new locations would falter— leading to disappointments and an unclear path forward.

Last year, as Deano and Maloney wrestled with how to sustain their brand, they attended an event called the Franchise Unconference in Park City, Utah. “There was a session about founders who wouldn’t get out of the way,” Deano says. “I thought, That’s us. It was just getting too big for us, for our wheelhouse.”

So she and Maloney made perhaps the toughest decision of their careers: After building a brand that had become beloved nationwide, they decided to replace themselves as leaders.

DEANO AND MALONEY never meant to get into franchising. The two met in 2003, when their children landed in the same kindergarten class, and they connected over a shared interest in local volunteer work. Then their lives were shaken in 2005, when Hurricane Katrina raged through the region—flooding Deano’s home, and destroying the moving- and-storage business that Maloney ran with her husband. The two women tried helping each other out, but the challenges seemed immeasurable. Maloney recalls dumping floodwater from the silver ladles in Deano’s china cabinet, thinking that they had to do something other than wallow.

“We could sit there and feel sorry for ourselves, or we could figure out how to change it,” Maloney says.

They started kicking around business ideas. A friend suggested a “speed art” concept, where people would pay to spend a few hours working on a simple painting with the help of an instructor. Deano and Maloney liked it but were worried it might scare away novice customers. “I’m not an artist, and I’m a little afraid of it, quite frankly,” Deano says. “Renee said the same thing: ‘I don’t know that I’d do that. I can’t paint.’ And I said, ‘But what if you could drink?’ ”

In 2007, they invited family and friends into a large, air-conditioned building on Deano’s property, with painting supplies purchased at a craft store. Deano remembers watching her 62-year-old brother-in-law sitting side by side with her 16-year-old niece, both intently painting a portrait of a reclining woman on a bright red background. The painters hunched over each other’s canvases, offering tips and bonding over the challenge of getting the curve of the woman’s face just right. Deano and Maloney asked their guinea pigs if they would pay to do something like that again. Everyone said yes.