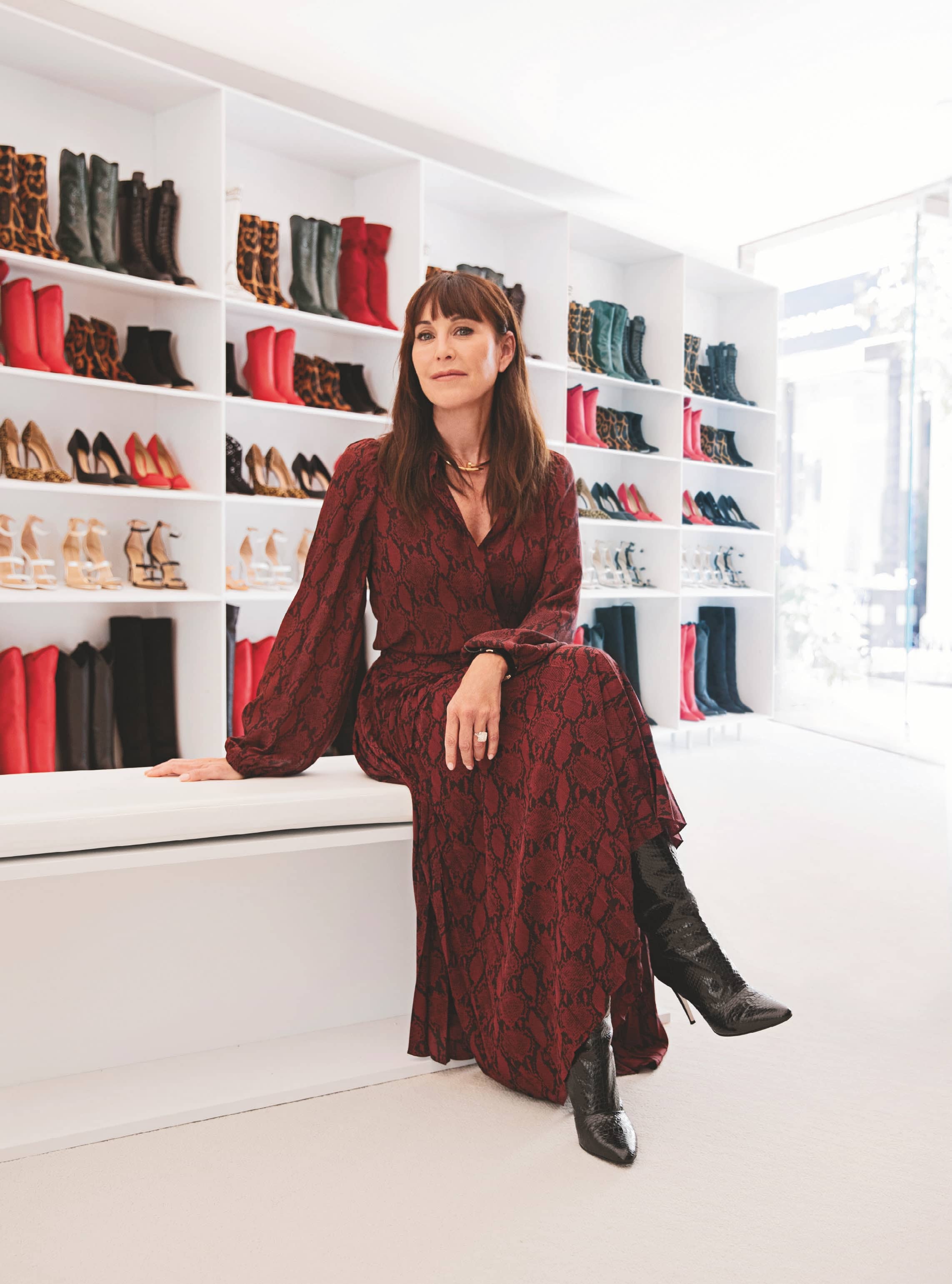 Tamara Mellon is most famous for cofounding Jimmy Choo. But in 2013, she started building a new brand…named after herself. It’s been bumpy. (She went bankrupt.) But she’s finally become the entrepreneur she always wanted to be.

For most of her career, she’d been defined by one brand: Jimmy Choo. She cofounded the luxury footwear company in 1996, and it quickly became the final word on playful, sexy shoes for women. She grew the business for 15 years until her relationship with the company soured, leaving Mellon feeling overlooked, overworked, and under-compensated. She left in 2011.

Two years later, in 2013, she was ready to launch a new shoe brand. Everything about it would be different. (For starters, she’d name it after herself.) While the rest of the industry releases one large collection each season, she’d release products monthly. Women, she realized, no longer wanted to see autumn clothing on a runway in February, wait until August to buy it, then wait until it gets cold to wear it. “I was thinking about the next generation of luxury,” she says.

At first, the industry was intrigued. Investors put in $24 million. Retailers set up meetings. But she hit a wall. She kept hearing the same feedback: She was trying to do things too differently. The timing wouldn’t work, people told her. Monthly shipments would be impossible to manage. “I had three investors who wanted me to just go back to fashion’s old calendar and build Tamara Mellon the same way I’d built Jimmy Choo,” she says.

It was a crossroads. She could do things the way they’d always been done, or she could blaze her own path, despite the discomfort that was sure to follow.

But it would be worth it.

MELLON HAS LONG LIVED a life in the spotlight. The London-born designer is the daughter of the late Tom Yeardye, a Rock Hudson stunt double who was a partner in Vidal Sassoon. Her mother is a former Chanel model from whom Mellon is now estranged. Her exhusband is the late banking heir Matthew Mellon; they met after attending the same Narcotics Anonymous meeting in the late ’90s. This all made her a regular character in the British tabloids. Mellon even joined the press herself for a while: She was an assistant fashion editor at British Vogue, where she got to know the work of bespoke shoe designer Jimmy Choo. In 1996, at her suggestion, the duo went into business.

Jimmy Choo the brand took off and lent Mellon a different kind of celebrity, one she had earned and could embrace. She was even made an Officer of the Order of the British Empire for her contributions to fashion. But not everything from those days would be flattering. She clashed with Choo, who exited the company in 2001. In the decade that followed, the company ping-ponged between private equity owners, and Mellon felt lost. When she finally departed in 2011, she sold her stake for a reported $135 million.

She began plotting her way forward. She wanted to build a new kind of brand, something that was about more than just luxury. She interviewed more than 50 women and learned that the instant gratification of online shopping had changed their expectations. She envisioned a brand that could move as fast as the internet, slashing the production schedule and delivering seasonally appropriate product to consumers each month. “Buy it Wednesday, wear it Saturday,” she says.

Mellon lined up Italian manufacturers and raised capital. She built a team, planned designs. But she hadn’t anticipated just how challenging this new approach would be. The problem wasn’t consumers. The problem was retailers—particularly department stores she’d done business with at Jimmy Choo. “They didn’t know how to make [monthly deliveries] work,” she says. “They didn’t have the financial planning for it. I tried to put a new model through an old system.”

And that system was just not willing to accommodate her. It didn’t matter if department store execs liked Mellon’s concept; their business was designed around seasonal releases, and they saw no reason to change just to support a startup. So Mellon compromised, releasing her shoes—and eventually, clothing and accessories—with less frequency, every three months. The product found some traction, but tensions with retailers remained. She kept pushing; they kept resisting.