We have dozens of cultural references regarding magic in ancient Egypt. Those related to the art of the modern conjurer make it clear that this skill originated in the Land of the Pharaohs 4,500 years ago. Nacho Ares presents the evidence from texts, images and a solid tradition.

When we hear the word ‘magic’ in an ancient Egyptian context, many of us surely think immediately of superstition, myths, the occult and so on. Everything in daily life was touched by magic: colours, shapes, texts ... . Magic was a useful tool employed by both gods and humans. But sometimes magic in the world of the pharaohs was related to our idea of illusion as performed by a conjurer. Ancient Egyptians combined two different concepts in one: magic as superstition and magic as illusion. For us, those concepts are significantly different from one another.

The Westcar Papyrus , now in the Egyptian Museum in Berlin (Pap. 3033), was bought by Henry Westcar c.1825 at an unknown location in Egypt and taken to England. It was stored in Oxford where was ultimately acquired by Richard Lepsius and taken to Germany. Many years later, Lepsius’ son sent the papyrus to the Egyptian Museum in Berlin. Finally, the text was translated for the very first time in 1890 by Adolf Ermann.

The papyrus itself is an extraordinary example of ancient literature of the time of the Hyksos (c.1600 BC), although the original text certainly belongs to the Middle Kingdom (c.2000 BC). The papyrus is 1.69 m long and records five magic tales told by five of the sons of King Khufu. Here we are interested in the fourth tale where Prince Hardedef speaks about Djedi, a strange and eccentric old man with unusual magical powers. Of course, Khufu immediately ordered him to be brought to the Great Hall of his palace in Memphis:

“Is it true, what they say, that you can join a severed head?”

“Yes, I can, O King, my Lord,” replied Djedi (15). Said His Majesty, “Have brought to me a prisoner from the prison, that he be executed.”

Said Djedi, “But not a human being, O King, My Lord! Surely it is not permitted to do such a thing to the noble cattle!”

This fragment is one of the most popular magical tales in history. But who was Djedi? Was he a magician (with supernatural powers) or actually a conjurer? 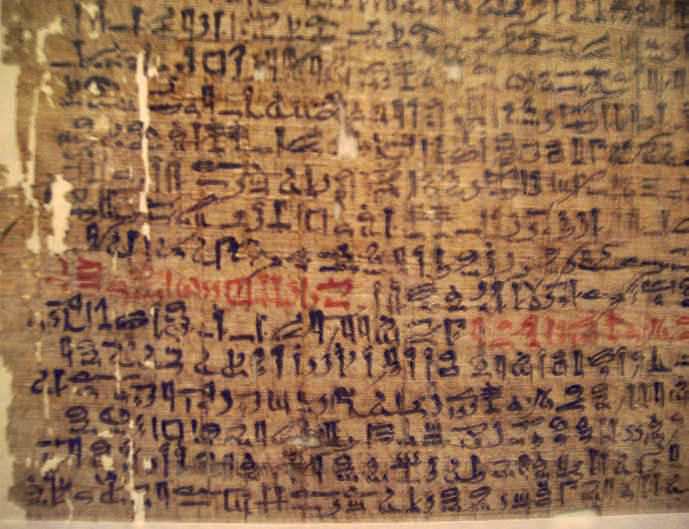