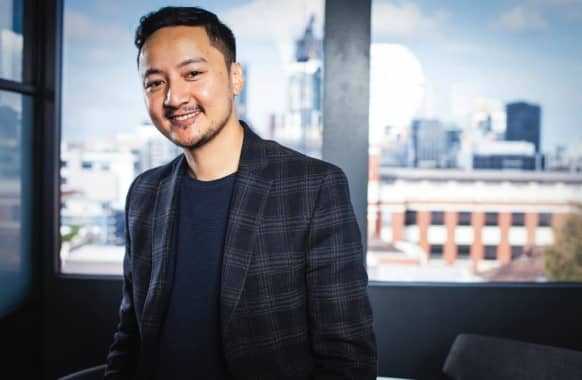 Kym Huynh is the founder and owner of WeTeachMe, a booking site for workshops and classes – anything from dressmaking to pottery to baking sourdough. He realises, however, that he’s not needed there anymore.

“It came to the point that I would walk into the room filled with ideas,” he says. “Then I would find that my staff had implemented them already. My job was done. I have recruited people better than me, and I just needed to step back and get out of their way. They are taking WeTeachMe to the next stage.”

He trusts that whatever decisions they make, and whatever projects they want to start and champion, he will support them. He sees his job as being to remove any roadblocks and to cheerlead for them. Otherwise, he steps back and gets out of their way.

“There’s a lot of pride knowing that I have done my part,” says Huynh. “There is a difference between being an owner and being an employee. That means that I don’t need to be working inside the company. Thinking now about where I want to be in 10, 20 or 30 years’ time and being an owner aligns more with who I am.”

In all likelihood, WeTeachMe will remain a core part of Huynh’s life whatever challenges arise. A son of Vietnamese boat people (father Lan and mother Nga), he was told at an early age that, in life, he could lose everything – the clothes on his back, his car, his house, his business. But he could never lose his knowledge and learning.

The entrepreneur recalls that Nga asked him at age five or six what he wanted to be when he grew up. He said a dolphin trainer, so she gave him a smack and told him he would be a lawyer. And sure enough, he graduated from the University of Melbourne with a double degree in commerce and law.

“I enjoyed being a lawyer, the intellectual creativity that it provided. I loved working with my clients. The cases gave me insights into human nature,” says Huynh.

But he also had an entrepreneurial calling, a hankering for the business world. As a youngster at primary school, he sold sheets of paper to classmates so he could buy books and be in the book club. The lunch money he had previously been using to buy books was no longer enough.

At 15 he developed a website – Pinkpt.com – giving tips and guides for fans of the online game Neopets. It quickly became popular, and advertisers started paying for banner ads. Huynh began banking large cheques written in US dollars. But when his parents saw his bank statements, they wanted to know where the money came from. “I think they were concerned that I was doing drugs or something,” he says.