Perez, considered as one of the most influential and critically acclaimed artists to have emerged in the international art scene during the last decades, creates intriguing and stunning compositions depicting detailed urban scenes, his trademark thematic choice, drawing inspiration from his unforgettable memories and compelling moments. An inspiring overlap of passion and intimacy all through each touch of paint.

His works are mostly painted with acrylic based colors, as he desires the creative freedom offered by their rapid drying time, a feature which enables him to work with active overlapping layers and create complex scenes that frequently involve many human forms. Trained in classical methods, Perez works meticulously giving each piece a dramatic or romantic character where color, line, and light are orchestrated with considerable attention to detail giving his subjects a dominant physical presence. 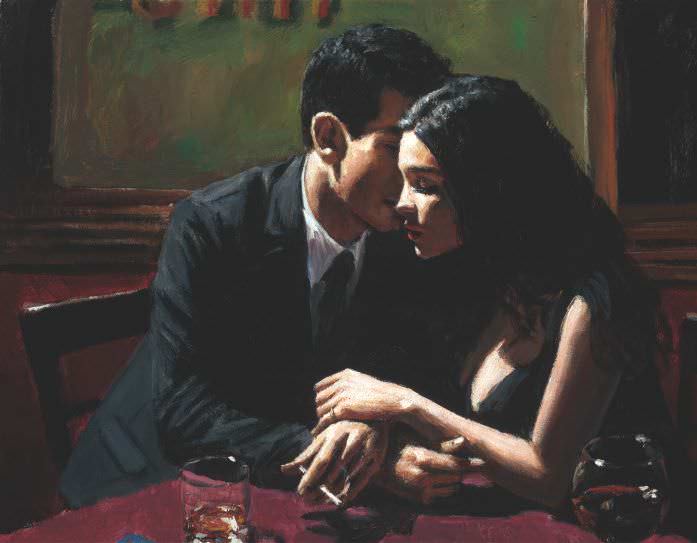