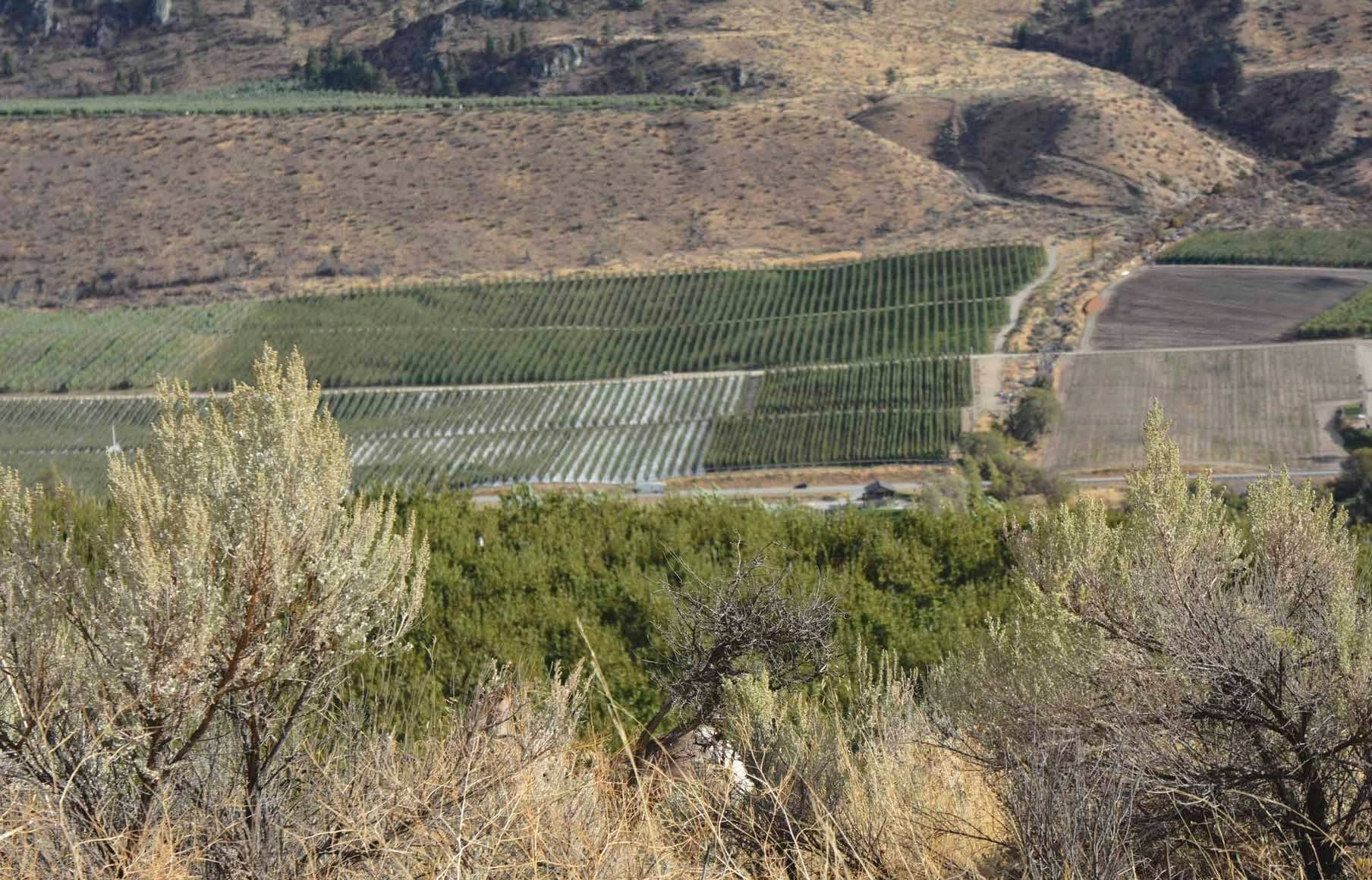 The early morning climb up out of the river canyon warmed my body, but when I exhaled the breath was instantly frozen. Shadows stayed long in this open land of the Columbia River breaks and as the sun finally crested over the ridge, we could see three deer across a deep ravine. Peering through a spotting scope revealed that two does and a young buck were up and feeding. The distinctive grey bodies and white rump patches showed them to be mule deer, common in the breaks above the second largest river in the continental U.S.

The area we were hunting was public land surrounded by private holdings, making it an “island” of refuge for the deer. Steep canyon walls reached up toward the plateau, and at the bottom was the river. Along large benches of sediment deposited thousands of years ago are several apple orchards. Apple orchards are great for deer as the tall summer grasses and frequent water spraying from sprinklers means cool evenings during the hot months. As fall comes near the apples sweeten and the deer aren’t shy about their sweet tooth. But the activity of fall harvest chases the deer out of the orchards and into the arid lands above, where sage brush grows tall and offers shade and protection. 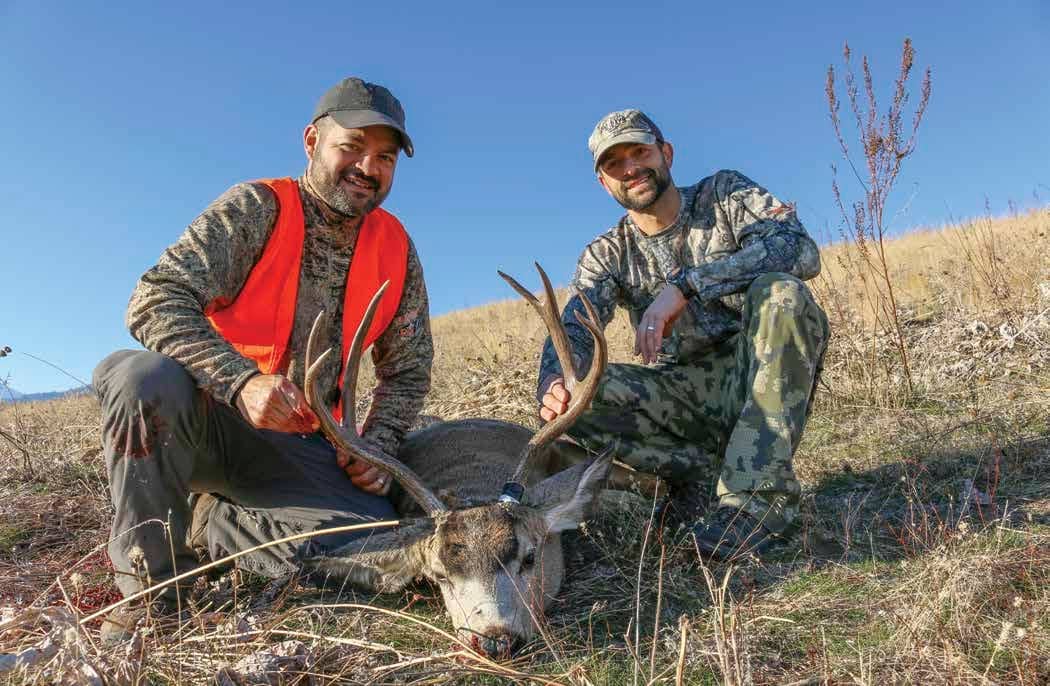 At the top of the gorge are the flatlands of the Palouse with rich, fertile soil that grows wheat. The “Great Flood” carried silt deposits from the immense Rockies of central Idaho and Montana as a large lake formed in eastern Washington. This region holds vast tracts of private land and plenty of feed for the mule deer that live here. Predators are mostly coyotes, as the deer thrive in wide open country with very little food for black bears and no cover for mountain lions. Central Washington is not often thought of as a “trophy” area, mostly because the deer don’t sport record book antlers and the hunting season is short, just nine days in mid-October.

This brief early fall hunting season is why the deer are found in the scablands and steep hillsides, both covered in sage. Apple orchardists begin to pick the apples and once the sun starts to rise until it is well beyond the far western horizon, crews are moving ladders, driving tractors and placing wood bins in between the rows of apple trees. Above the ridge, wheat farmers are shucking wheat with combines that have powerful lights and will use the cool nights to get the wheat harvested. During the day the bare fields are disked and then planted with winter wheat, which sprouts just before the cold winds arrive and cover the ground with a protective blanket of snow all winter, allowing for a jump start come spring thaw. 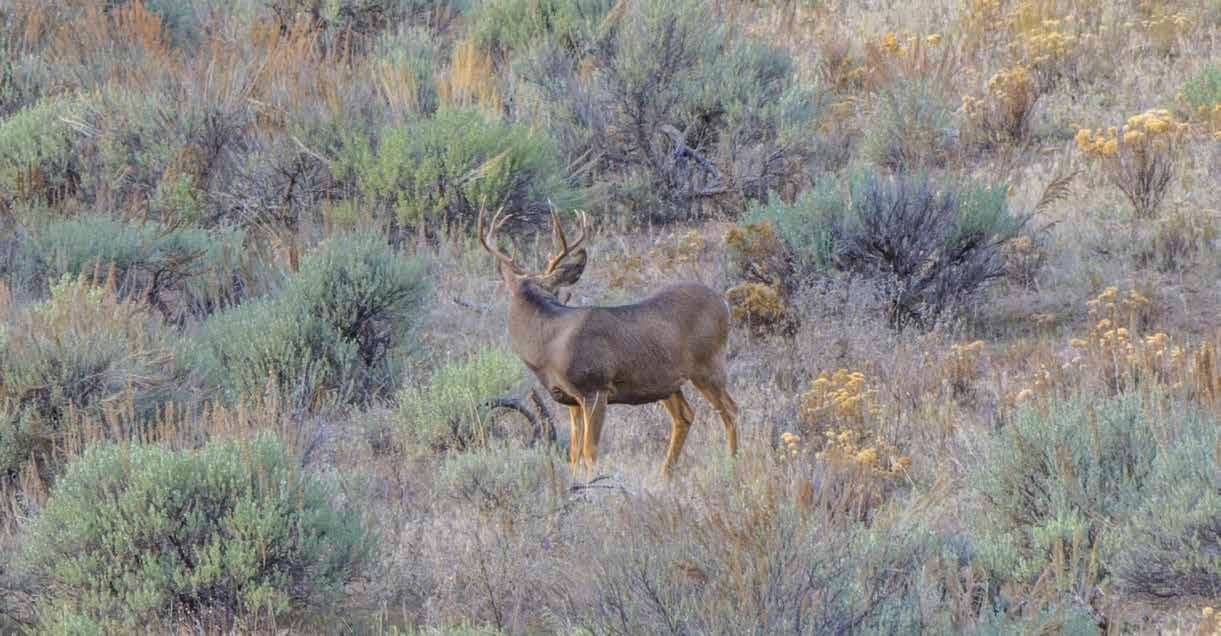