A Boy, The Breaks And A Bighorn 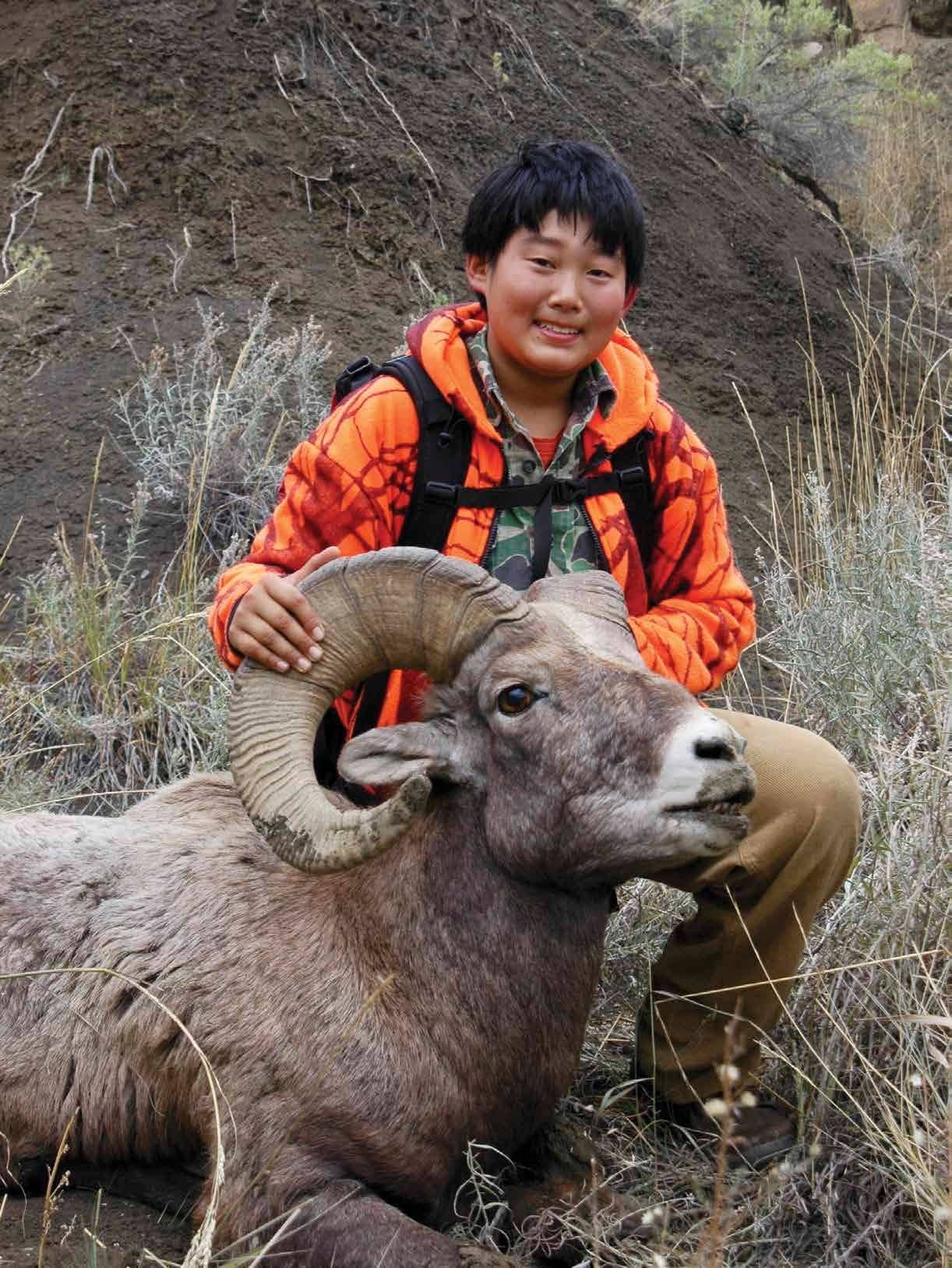 Among the accomplishments of the Lewis & Clark expedition, the “discovery” of more than 100 species of birds and mammals previously unknown to early scientists represented a fascinating trove of information for biologists. Trained to describe and sketch such species in preparation for their intrepid trek to the Pacific, the captains nonetheless encountered animals that scrambled their sensibilities. While camped with friendly natives in autumn after the expedition departed St. Louis, Clark observed a ladle made from the horn of an animal he estimated would hold two quarts. Some weeks later, Jean Valle, a trader, told them of an animal with “large circular horns nearly the size of an argali or small elk.”

On May 25, 1805, William Clark and two other hunters each killed what French explorers dubbed the “rock mountain sheep.” Members of the expedition had never seen animals like these. In their camp in the rugged breaks of the Missouri River in north-central Montana, Lewis painstakingly portrayed the creatures in one of the most complete descriptions he penned of any animal on the expedition. On the return trip down the Missouri and Yellowstone Rivers the following year, each of the captains took great pains to secure specimens of this creature, returning to civilization with the heads and hides of a half-dozen animals.

Some two centuries after Clark killed his first “rock mountain sheep,” the inquisitive eyes of a brown-skinned youth scanned the Missouri Breaks in search of a bighorn ram. The teen’s desire to secure an ovis canadensis specimen was as keen as Clark’s. Although the many years separating the explorer’s hunt from the boy’s spawned momentous changes to the landscape, two facts remained. Bighorn sheep are still highly coveted by hunters and Montana’s Missouri Breaks are a sheephunter’s dream destination.

Four months previously, I engaged in the yearly June ritual of checking my family’s drawing status in the Montana lottery for sheep tags. Punching in my identification, I read “unsuccessful,” the same result in over 30 years of applying. Next, I checked my oldest son, Micah. When “successful” flashed onto the screen I nearly fainted, then cussed myself, assuming I’d accidentally placed him in the drawing for a ewe tag. But, no, he had miraculously beaten the one in 1,000 odds to pull an either-sex bighorn tag on his second try.

Despite our excitement about the tag, logistics posed problems. Scheduling a hunt that meshed with his schooling became a challenge in chasing a ram. He had a two-day vacation in mid-September, shortly after the season opened, but the Sunday beforehand his uncle passed away. A funeral in Denver took priority over the hunt.

Five weeks later, we finally got our chance. Leaving on Friday afternoon after school we reached his hunting area after dark, pitching a tent amidst the prickly pear and sagebrush. What seemed less than an hour later, the alarm chirped six inches from my ear. The eyes of a kid who normally needed a stick of dynamite to roll out on school days snapped open with excitement.

“Time to go, Dad?” “Yep,” I said. I watched in amazement as he quickly pulled on his clothes and readied his pack. Sheep hunting appeared infinitely more motivating than pre-algebra. Twenty minutes later, after a bowl of cold cereal and milk, we wove our way southward across the prairie by the light of a headlamp. A two-mile hike separated us from sheep habitat. With a steady pace, we arrived just at dawn. 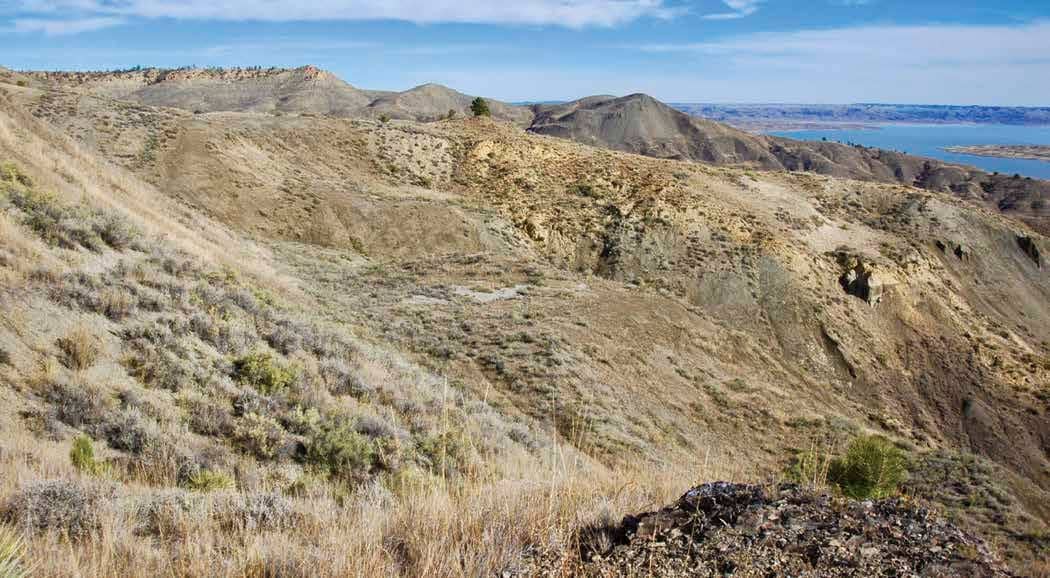 From the top of a grassy butte, the sunrise spread across a landscape bearing the appearance of the excavations of a cosmic gardener hacking the earth with a supernatural spade. Twisted coulees and deep ravines, their sides serrated with sandstone outcroppings, descended from the uplifted prairie behind us to the Missouri River, now impounded by the Fort Peck Dam many miles downstream. The sun’s rays inflamed the flinty earth, burned in hues from the color of a bleached wheat-stalk to the orange exterior of a newly-carved jack o’ lantern. Rough-barked ponderosa pines lined the draws at random intervals, towering over the twisted trunks of Rocky Mountain junipers. 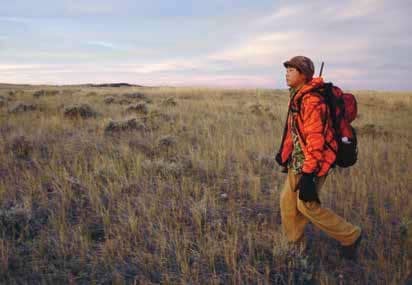