This Is Hollywood's Inner Sanctum

New LA members’ club San Vicente Bungalows stakes its reputation on protecting that of its guests. A home away from home for A-list actors, music legends and studio executives, it’s the truest expression of owner Jeff Klein’s philosophy: Discretion is the better part of luxury. Here, GQ takes a rare look at the secretive world behind the toughest doors in town

Alex Bhattacharji
The leaker is still at large, but the authorities are closing in. “We’ve narrowed it down to three people,” says Jeff Klein, who is overseeing the manhunt. “One of them is most shocking. I don’t want to say which. We’ll find out who it is. It always comes out when you have a contained environment like this.”

That environment would be the bubble of privilege and power known as the San Vicente Bungalows, Klein’s private social club in the West Hollywood section of Los Angeles, an urban playground reserved for around 750 highly vetted members and their guests. In March 2019, one of the latter broke the first rule of the social club: You do not talk about the social club. Especially to the press. The leak, the revelation that Steven Spielberg and Netflix chief content officer Ted Sarandos had met here, appeared in Page Six, the New York Post’s gossip section, setting the entertainment world and its capital, Los Angeles, abuzz. This tête-à-tête between Hollywood’s feuding twin towers – its most storied film director and its most powerful executive – was held at the San Vicente Bungalows precisely because the club’s reputation and rules are built on discretion and privacy. This may help explain why Klein sounds as if he’d engaged the intelligence services to root out the rat. “I’m really using Mossad,” he says with a laugh and raises his glass. “Cheers.” 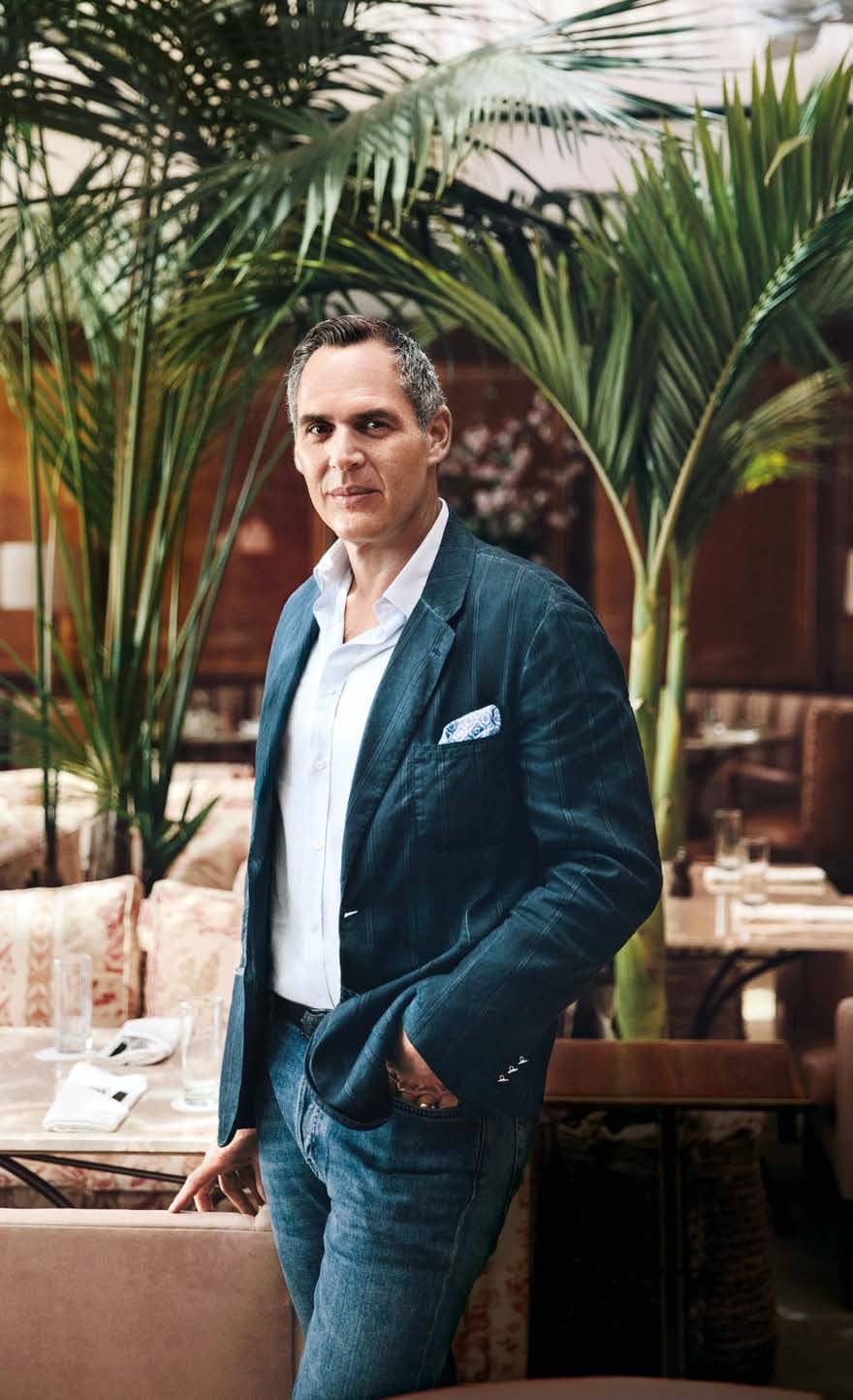 It’s early evening in the Bungalows’ shaded, slightly louche bar and although Klein’s search is quite serious, he and the club fashioned in his image are not. Well-tanned and dressed in an open shirted, brown- burgundy Boglioli suit, 49-year-old Klein exudes an ease reflected in the property’s blend of weekend home-like comfort and old-school California glamour. A blonde woman in an off-the-shoulder dress approaches and hugs him. “It looks beautiful upstairs. Thank you,” she says to Klein, and introduces herself to me as Aerin Lauder. The billionaire cosmetics heiress and style and image director of the Estée Lauder Companies is hosting a dinner party. “Last night I came with Carolyn Murphy and some other friends,” she tells Klein, referring to the supermodel. “We had the best time. The food was so, so good. I wanted to email but thought I might see you tonight to say congratulations.” Hugs, kisses and flattery are exchanged. Lauder returns to her guests upstairs and Klein to his seat. “Oh, well,” he says, “now you know another member.” 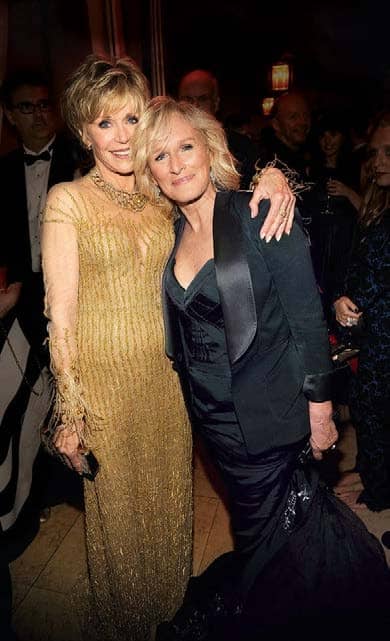 The leak is the rare failure that is also proof of success. Klein had hoped San Vicente Bungalows would be just the sort of place where highly scrutinised high achievers such as Spielberg and Sarandos would feel comfortable coming to break bread and mend fences. “This isn’t part of my marketing plan,” says Klein, “but I would absolutely want to see that place where I’d heard that they met.” In creating his private social club, Klein set out to emphasise the private as much as the social, surmising that committing completely to the former allows for the ultimate expression of the latter. “I believe that privacy has become the ultimate luxury,” he says. By that measure and several others, Klein has created the most luxurious club in Los Angeles and, perhaps, all of America.

One saving grace of the leak was that there was no accompanying photograph. At the San Vicente Bungalows, taking photos on the premises is completely verboten. Members face penalties for being on their phones. With guests, the strictures are tighter: Their smartphone camera lenses are covered with stickers upon arrival. “My ultimate fantasy is if Jennifer Aniston wanted to have a date with Brad Pitt,” Klein says. “I mean, can you imagine? They could come here and nobody would be able to say anything, do anything, take a photo. Maybe it already happened... In my dreams.” 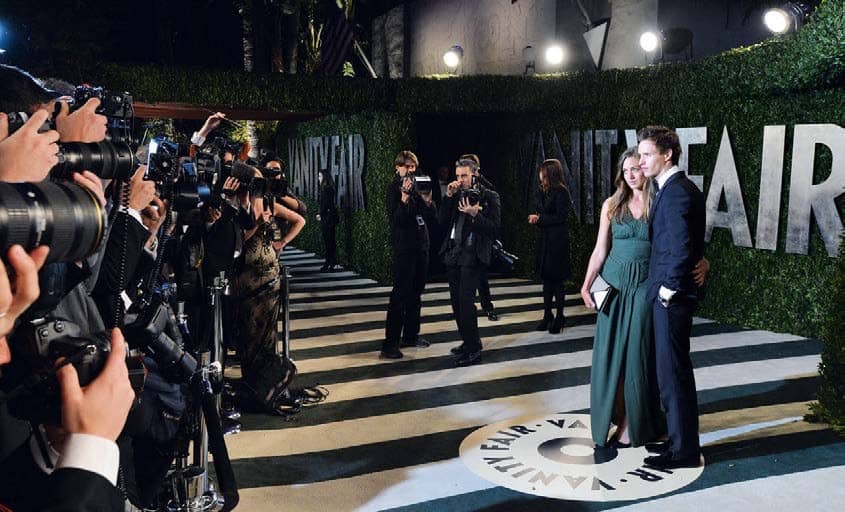 With so much talk about what is not tolerated, it begs the question: what is permitted? Designed with a number of cosy corners and intimate nooks, as well as nine guest rooms, the San Vicente Bungalows is a place where pretty much anything legal goes. “We don’t judge at all,” says Klein. “Bring your wife one night, your mistress the next night and your boyfriend the one after. That’s sort of what this was created for – no judging. Where else can you do that in privacy?”