Gladiator
A Truck in Jeep’s Clothing
By Sean P. Holman

It seems like the four-wheel-drive world has been waiting for a Jeep pickup ever since the XJ Cherokee– based MJ Comanche ceased production in 1992. Over the ensuing decades, visions of what a modern Willys pickup, J-truck, or even Scrambler could be danced through our collective heads. Jeep came close a few times but never pulled the trigger, only teasing us with what-could-be concepts, like the show-stopping 2005 Jeep Gladiator, the nostalgic 2010 Jeep NuKizer 715, the half-hearted 2011 JK-8 Independence, the awe-inspiring 2011 Mighty FC, the vintage 2011 J-12, and the attention-getting 2016 Red Rock Responder.

A JK-based Jeep pickup from the factory came close to happening in the later years of the platform, but Jeep decided to move the development so that the JL and JT could be engineered concurrently, and we had to learn patience. Meanwhile, companies such as Bruiser Conversions and American Expedition Vehicles were busy filling the silence with Wrangler-based pickups for those who couldn’t wait. We even have it on good authority that one of the very last AEV Brutes was purchased by a company with the letters “FCA” in its initials. We suppose it’s not hard to imagine why, since AEV had clearly gotten the formula so right of what a Jeep pickup could be with its second-gen JK-based Brute.

Enter the 2020 Jeep Gladiator. So, has Jeep gotten the Jeep pickup formula more right? The biggest question we’ve encountered so far is whether the Gladiator is just a JL Wrangler with a bed, or if it is a real truck. We can tell you that Jeep refers to it as 100 percent truck and 100 percent Jeep. With best-in-class 4x4 payload at 1,650 pounds and best-in-class 4x4 towing at 7,650 pounds, Jeep is clearly emphasizing the truck aspect, but does it come at the expense of Jeep qualities? 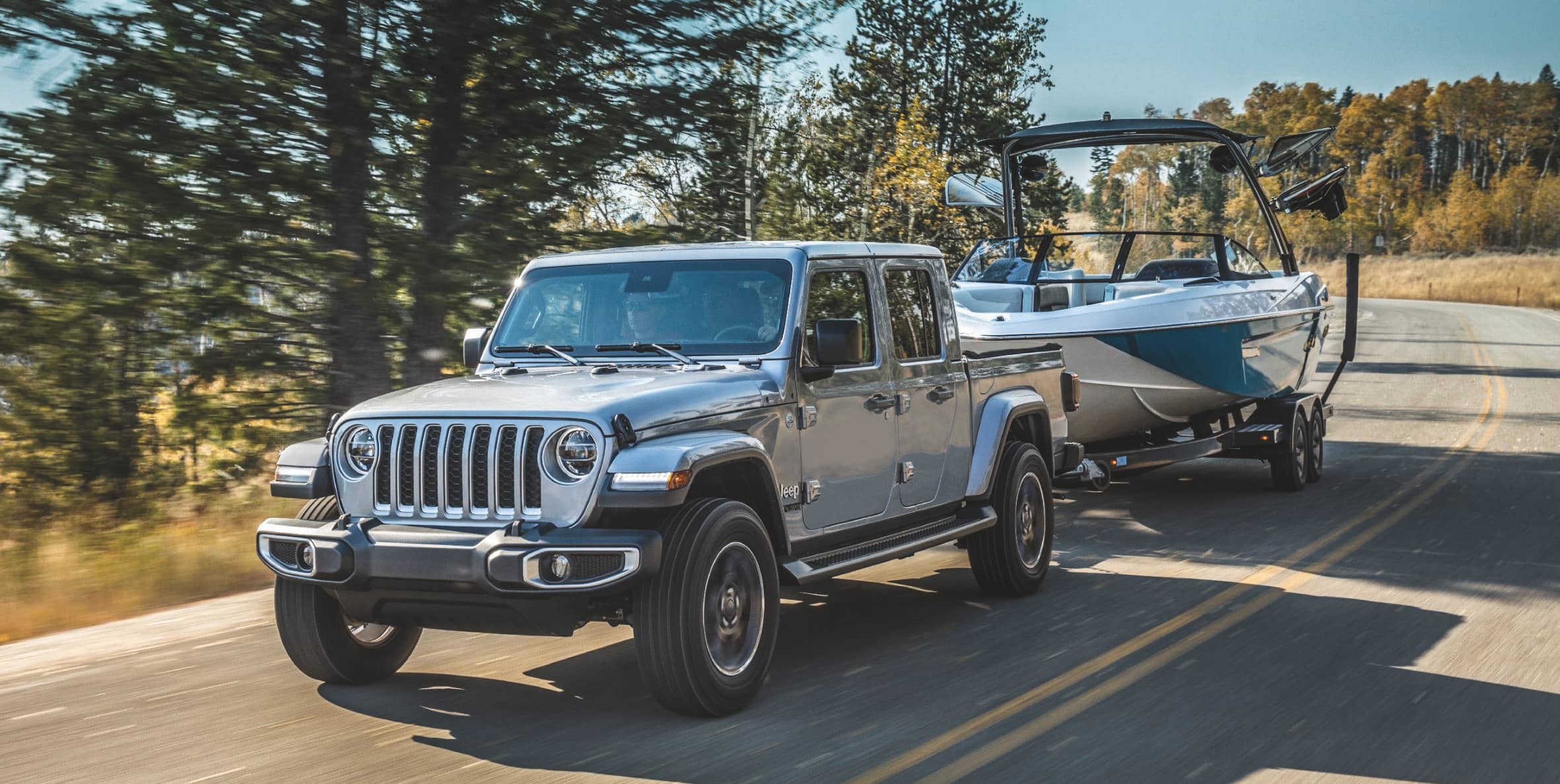 First off, let’s start with what is shared between the JL and the JT. Essentially everything from the B-pillar forward is the same, save for a few minor differences that we’ll discuss in a moment. So, like the Wrangler, the Gladiator gets aluminum doors, hinges, hood, fenders, windshield frame, and tailgate to help reduce weight. The windshield folds, doors and top (both hard and soft) are removable, and the front row of the cab is shared. A Wrangler Rubicon is about 4,500 pounds, while a similarly equipped Gladiator Rubicon will be around 5,100 pounds, so model for model the Gladiator is about 500-600 pounds heftier than the Wrangler.

Also, like the Wrangler, the Gladiator will be available in four trims (not counting special or limited editions): Sport, Sport S, Overland (equivalent to the Sahara trim on the wagon), and, of course, the Rubicon. Two engines will be offered (instead of the three on the Wrangler). Those are the familiar 3.6L Pentastar V-6 with either an Aisin D478 six-speed manual or 850RE eight-speed automatic and the upcoming 3.0L EcoDiesel V-6 with an eight-speed auto that we assume will be the excellent 8HP70. The Pentastar carries the same rating of 285 hp and 260 lb-ft of torque as the Wrangler, while the EcoDiesel will join the party with 260 hp and 442 lb-ft of torque. The 2.0L mild-hybrid eTorque engine will remain an option on the Wrangler only.

All Gladiators are 4x4s, and the four-wheel-drive systems are also shared with the Wrangler and include the 2.72:1 Command- Trac system and the Rubicon’s 4:1 Rock-Trac. Curiously, it doesn’t appear that the Sahara’s Selec-Trac with 4-Hi Auto will be offered. A Trac-Lok limited slip is an option on non- Rubicons, while the Rubicon gets electronic front and rear Tru-Lok lockers as well as the disconnecting front sway bar. Crawl ratio on the Rubicon, no matter what transmission is selected, is impressive. Thanks to the eight-speed’s low 4.71:1 First gear (First gear in the manual trans is 5.13:1), autos can crawl to the tune of 77.2:1, nearly matching the manual’s incredible 84.2:1—numbers that were insane when achieved in the aftermarket just a generation ago. 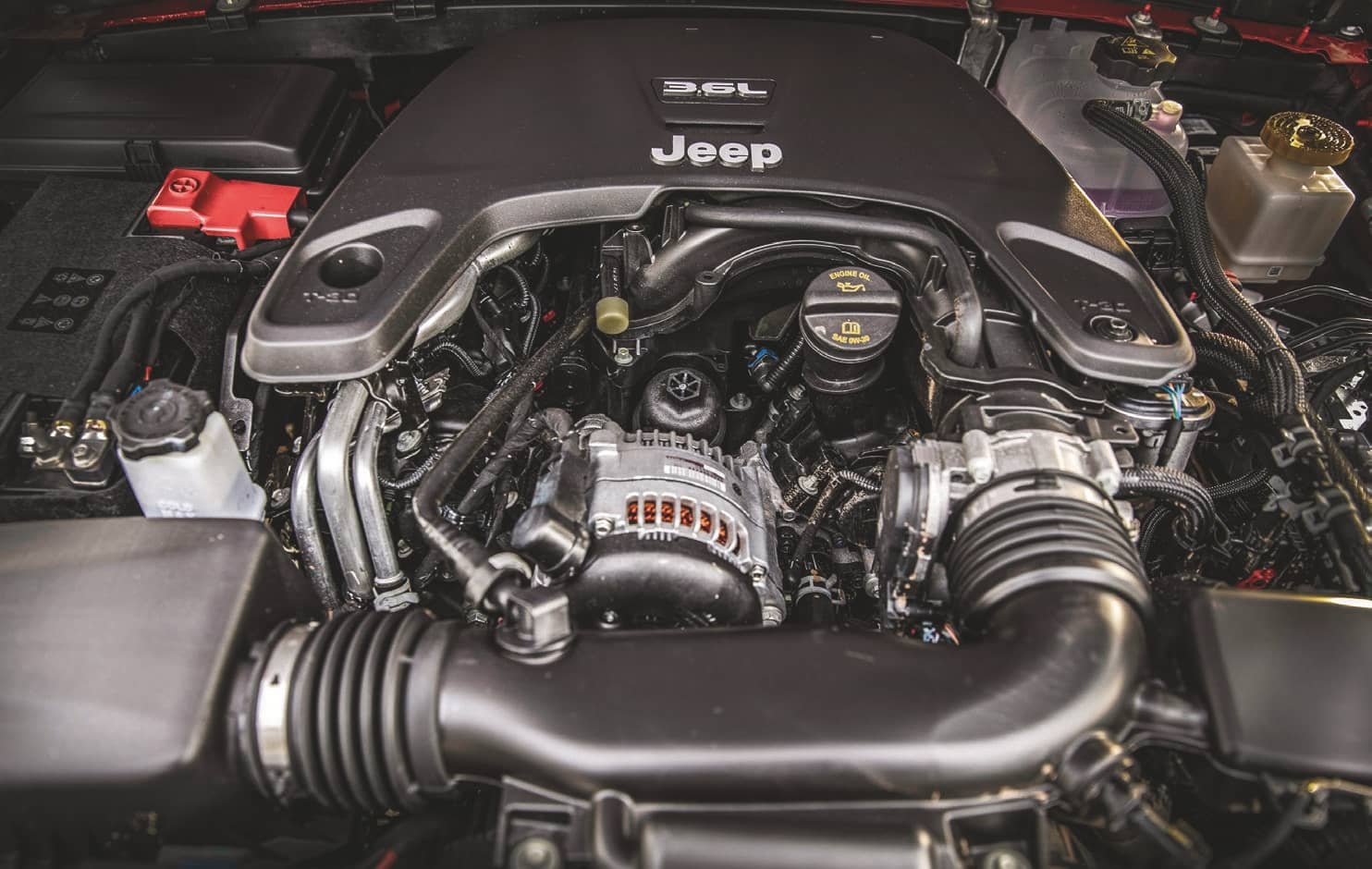 With so much the same, is the Gladiator really all that different than the Wrangler? While the Gladiator also uses a fully boxed, high-strength steel frame underslung with solid axles, the differences begin with a JT frame that is 31 inches longer. The wheelbase grows by 18.9 inches from the JL Unlimited’s 118.4 inches to 137.3 inches. While that sounds long, keep in mind that the AEV Brute came in at 139 inches, the 2005 Power Wagon was 140 inches, and the current Toyota Tacoma and Chevy Colorado shortbeds come in at 127.4 and 128.3 inches, respectively, while their longbed counterparts are 140.6 and 140.5 inches. The extra length of the JT comes from the fact that the distance from the A-pillar to the front axle is greater with solid axles (in order to clear the oil pan and improve articulation and approach angle) versus an independent suspension truck. It’s a trade-off we gladly support.