The Haunted House Next Door 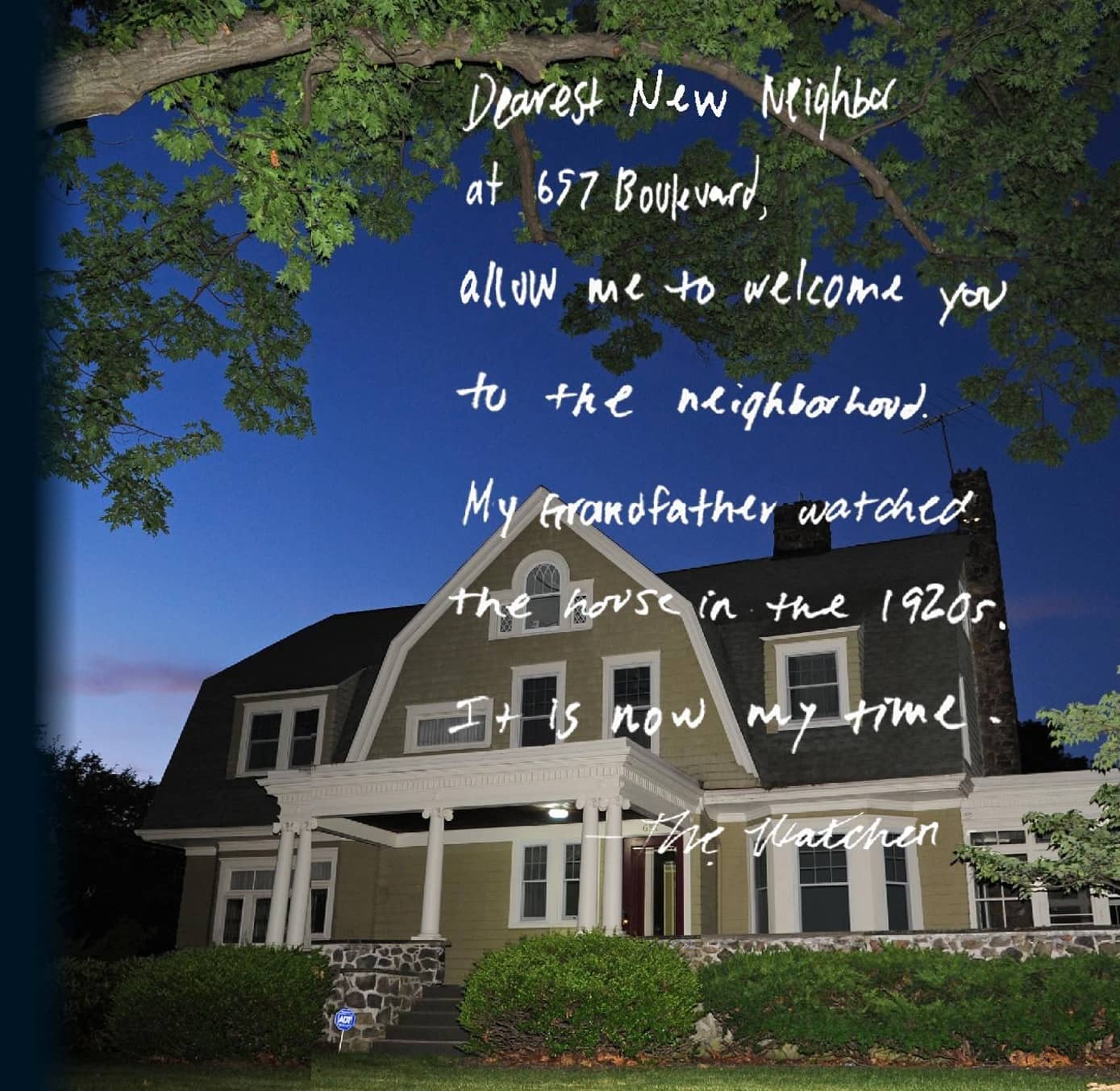 The Broaddus family had just bought their dream home and couldn’t wait to move in. Until ominous letters began arriving in the mail.
Reeves Wiedeman

Dearest new neighbor at 657 Boulevard, allow me to welcome you to the neighborhood.

Buying 657 Boulevard had fulfilled a dream for Derek and his wife, Maria Broaddus. The house was a few blocks from Maria’s childhood home. Their three kids, who were five, eight, and ten years old, were already debating which of the house’s fireplaces Santa Claus would use.

The typed note went on:

Do you know what lies within the walls of 657 Boulevard? Why are you here? I will find out.

The letter identified the Broadduses’ Honda minivan, as well as the workers renovating the home.

I see already that you have flooded 657 Boulevard with contractors so that you can destroy the house as it was supposed to be. Tsk, tsk, tsk ... bad move. You don’t want to make 657 Boulevard unhappy.

Earlier in the week, the family had gone to the house and chatted with their new neighbors. The letter writer seemed to have noticed.

You have children. I have seen them. So far I think there are three that I have counted ... Once I know their names I will call to them and draw them too [sic] me.

The envelope had no return address.

A signature was typed in a cursive font: —The Watcher

It was after 10 p.m., and Derek was alone. He raced around the house turning off lights so no one could see inside, then called the police. An officer came to the house and read the letter. He asked Derek whether he had enemies and recommended moving a piece of construction equipment from the back porch in case the Watcher tried to toss it through a window.

Derek and Maria e-mailed John and Andrea Woods, the couple who’d sold them 657 Boulevard, to ask whether they had any idea who the Watcher might be. Andrea replied that a few days before moving out, they’d received an odd note signed “The Watcher.” She said that she and her husband had never received anything like it in their 23 years in the house and had thrown the letter away without much thought.

The Broadduses spent the next weeks on high alert. Derek canceled a work trip, and whenever Maria took the kids to the house, she would yell their names if they wandered into a far corner of the yard. The contractor arrived one morning to find that a heavy sign he’d hammered into the front yard had been ripped out overnight.

Two weeks later, another letter arrived. Maria recognized the thick black lettering and called the police. This time, the Watcher used their names, misspelling them as “Mr. and Mrs. Braddus” and identifying their three kids by their nicknames—the ones Maria had been yelling.

657 Boulevard is anxious for you to move in. It has been years and years since the young blood ruled the hallways of the house. Have you found all of the secrets it holds yet? Will the young blood play in the basement?

Or are they too afraid to go down there alone. I would [be] very afraid if I were them. It is far away from the rest of the house. If you were upstairs you would never hear them scream.

Will they sleep in the attic? Or will you all sleep on the second floor? Who has the bedrooms facing the street? I’ll know as soon as you move in. It will help me to know who is in which bedroom. Then I can plan better.

Have a happy moving in day. You know I will be watching.

Derek and Maria stopped bringing their kids to the house. They were no longer sure when, or if, they would move in. Several weeks later, a third letter arrived.

Where have you gone to? 657 Boulevard is missing you.